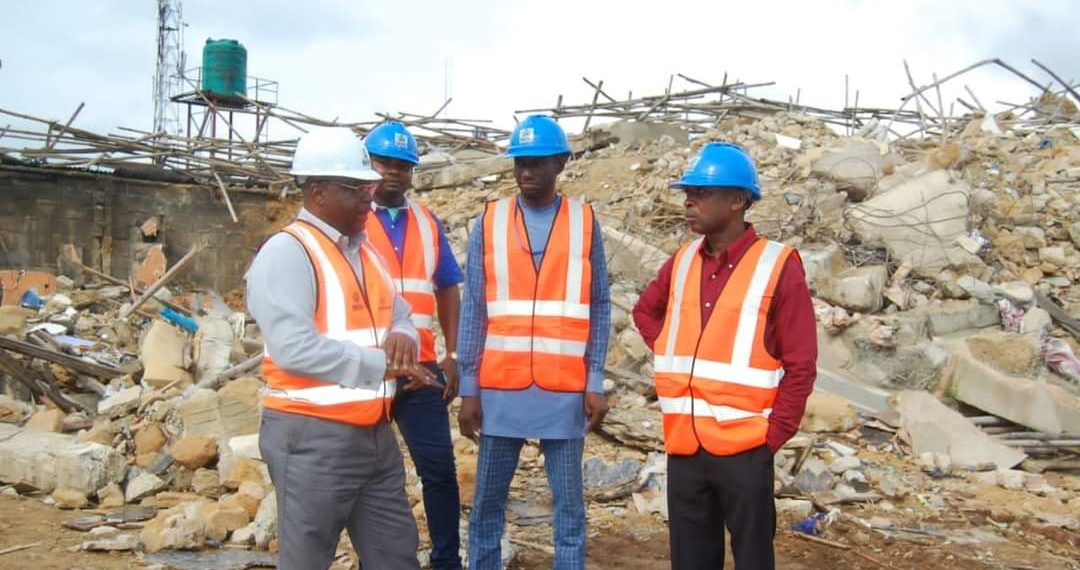 Following the collapse of a four-storey building last Saturday night in Uyo, the Akwa Ibom state capital, a team from the Nigerian Building and Road Research Institute (NBRRI), South-South Zonal office in the state has swung into action to carryout a technical investigation of the remote cause of the mishap.

Two persons have been confirmed dead, while three others rescued are lying critically injured in a hospital.

The investigative committee headed by Engr. Prof Charles Uko, a renowned Professor of Structural Engineering at the University of Uyo, also comprises professionals from diverse built environment and was inaugurated yesterday.

Also, the zonal Coordinator of the National Emergency Management Agency, South South, Godwin Tepikor, who confirmed the casualty figure while speaking with newsmen, called for enforcement of building codes in the country.

“I was informed about this incident about 7pm yesterday (Saturday) and I quickly mobilized relevant stakeholders namely; the Federal Road Safety Corps, the Civil Defense, the Fire Service and the Red Cross, Tepikor said.

“And I advised that they should contact any construction company to mobilize their excavators because what we needed was to rescue people alive.

“So, that commenced yesterday (Saturday) up till now and that is what is still going on. So far, we have recovered one dead body here and the other died in the hospital because of multiple injuries.