No Result
View All Result
Home About Us

The most credible source of housing information

The most important things of life seem to be easily affordable. The most important of them, air is free. It costs absolutely nothing to enjoy good air. Shelter is another necessity of life. Conversely, it is not as free as air. Cities in developing countries are plagued by acute shortage of decent accommodation for dwellers. This has led to sprouting of slums which become breeding ground for crime and disease.

Nigeria is one country battling to close a huge housing deficit for a large proportion that is very poor. Experts put the deficit to 17 million. The country has got to this unacceptable condition due to uncoordinated housing policies, insufficient investment and inadequate maintenance. 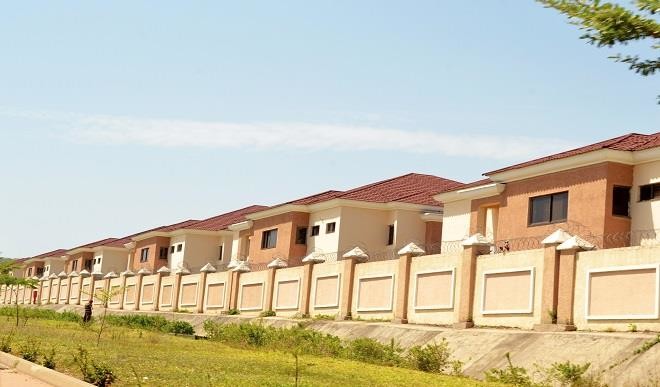 Efforts by various governments in Nigeria to shore up the housing stock have not been sustained and yielded not the desired results. The administration of Shehu Shagari in the early 1980’s recorded some achievements with its housing policy. All the then local government areas in the country were covered in what was termed Low-cost Housing. The Shagari administration was toppled in 1984 and since then, no government has demonstrated that will or ability to execute such a grass-rooted housing project. The General Sani Abacha regime was reputed for the expansive Gwarinpa housing project in Abuja. Though the project was huge, it was criticised for being limited to the seat of power.

Due to dwindling funds and high cost of constructing houses, the Olusegun Obasanjo government introduced the Public Private Partnership (PPP) model of housing development. By this policy, government gave land to developers to build houses for the general public. But the success of this effort is difficult to measure because corrupt practices crept into it. The so-called developers, upon accessing land, devised ways of extorting those desperate to own houses or built only for the high-end group. Government officials as well exploited this opportunity to help themselves. In collaboration with private individuals and companies, the government people carved out plots for themselves and developed gigantic or exotic structures there that would never be affordable to the average person.

Muhammadu Buhari’s All Progressives Congress (APC), during electioneering, promised to supply one million houses every year for the not-rich Nigerians if voted into power. So far, the administration has done close to three years. Yet it cannot be said that millions of houses have been produced.

Moreso, the National Housing Fund (NHF) scheme established by Act 3 of 1992 was to enable Nigerians, particularly those within the low and medium income levels who cannot afford commercial housing loans, such as civil servants, traders, artisans, and commercial drivers access mortgages. It was indeed a legal re-affirmation of vital aspects of the National Housing Policy with the primary purpose of supporting it to achieve its ultimate goal of ensuring that all Nigerians own homes. How far has this goal been achieved?

The coming of Viewpoint Housing News is therefore to answer these questions. Viewpoint Housing News is on mission to interrogate government policies and actions in housing. As it evaluates policies in the housing sector at all tiers of government, it will examine the sourcing and deployment of resources vis-a-vis attainment of optimum benefits and realisation of set objectives. Housing Edge News will shift the post from mere talkshop to sincere, noble and practical ways of housing provision to the people of the lower rung of Nigeria’s social ladder.

This medium is poised to work for all stakeholders in the housing sector. Professional groups in the sector will be assisted to articulate their concerns and network with government. It will explore opportunities and challenges of investing in housing in Nigeria and provide useful information to investors. With the mission to disseminate accurate and incisive stories that will engineer the sector, Viewpoint Housing News will bring a turnover in Nigeria’s housing endeavours. The vision is to be the most credible source of news/information and authoritative medium in the housing sector.

It is projected that Nigeria needs $2.9 trillion in the next 30 years to finance infrastructure. Out of this, housing needs $300 billion chunk. This medium will stimulate the needed will and show the way to source the $300 billion and put it to the expected use. If the quantity and adequacy of housing owned by a nation bears direct impact on the social economic and environmental well-being of the people, time is now for government and relevant stakeholders to gird up the loins and make the housing sector to be what it should be.