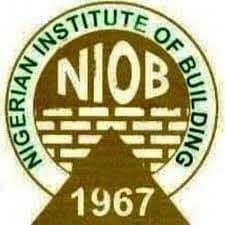 The National President, Nigerian Institute of Builders (NIOB) Prof. Yuhana Izam, yesterday in Gombe state, on a visit to the Governor, Inuwa Yahaya, said lack of regulatory laws in the building industry is the major cause of frequent building collapse in Nigeria.

In company with other members of the association, he added that building sites were the most unregulated industry in the country because everybody had become a builder, regardless of if they were trained or not.

’’People who have no business with the profession but just because they can mix sand and cement they thought that they were builders, he said.

‘’The National building laws have to be enforced, if not quacks would remain in the building industry and we will continue to see the development of slum settlements, collapses, cracked buildings in the country,’’ he said.

According to him, in order to address the problem, there is need for a law to back them, because “without the legislative backing, it will be difficult to apprehend defaulters”, he stated.

‘‘Once you have laws that approve minimum standards in housing, then you can implement to ensure the quality of houses you want.

“People are making mistakes of thinking that housing is just building a shelter.

“But we are impressed because we have seen an integrated approach to development of housing in Gombe; the capital city has changed dramatically and we think the governor has to be commended.

“This was part of the reason the National Council of the Nigerian Institute of Building has identified you as a worthy Nigerian leader and administrator that is worthy of the award of the Fellowship of the Institute,’’ he said.

The Governor thanked NIOB for the honour done to him, adding that it was the people of Gombe, particularly the members of the Executive Council.