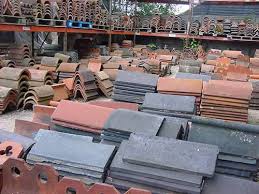 The federal government’s continuous promises and plans to produce affordable housing for the Nigerian people will continue to come under threat, hence rising cost of building materials persists, despite frequent assurances from the government for improvements.

Especially, price of cement, per bag has continuously been on the rise, added with other core building materials, there seem to be no end in view for this constant hike in prices of these items. Already witnessed in the last year and the year preceding, this has translated into affecting the prices of housing units produced by both the public and private sectors.

With this ongoing trend, many are tempted to procure many of these materials for storage, for fear of further increase in price. However, the Minister of Industry, Trade and Investment, Niyi Adebayo, as reported by the Leadership Newspaper, had urged the public not to embark on panic buying and storage of the products as he believed that the current market price was temporary, promising that the authorities are unrelenting in efforts to put an end to the rising cost of essential commodities across the country.  He also said that discussions between the government and cement manufacturers is ongoing in order to meet the increased demand of these commodities.

He had blamed the hike in the price of cement on the reduction in production volumes in the second and third quarters of 2020 as a result of the COVID-19 pandemic, the EndSARS protests as well as low productive of some manufacturing plants.

While stating that it affected the volume of stockpiles in the supply chain due to the reduction of cash flow to major distributors as well as high cost of transportation, the Minister further observed that there had been massive build-up of demand from public works contractors as they strive to meet milestones and deadlines on projects across the country.

He further assured Nigerians that the federal government will continue to ensure in its responsibility that goods and services are regulated at reasonable prices.

Views of Experts in the Industry, as gotten from a Nigerian daily, The Leadership

While noting that there is an increase in the dollar rate beginning from last year till the present, affecting almost every business in the country, and as quoted by The Leadership, he said “it will be difficult to provide affordable houses for Nigerians in the sense that the cost of living, and not just the cost of building materials, is high. So all these put together are worrisome.

“Before you start a building project, you will consider the price of cement, sand, stone, blocks, iron and all that. So once there is an increase in the dollar rate, it affects all of these things, and once it affects them it will definitely affect the production.

“If you are building and the cost of building materials increases, you will want to increase the rent of the house, so that you can get something.

“So as a developer, after building a house, you put the house up for sale and you expect to get profit, not loss,” he said.

He went on to plead with the government to come out with policies that would help to address these challenges, as according to him, it is the rise in the dollar rate that is causing the cost of building materials to rise, but if there is a policy that will address this, then there will be affordable houses for Nigerians.

Also speaking with The Leadership, Solomon, a trader in Lugbe, an outskirt of Abuja, who said that the cost of building materials constitute about 65 per cent of the total construction cost, added that a bag of cement now is N4,600, while a bundle of zinc is N28,000, “almost everything about building materials have increased in cost”, he stated.

“Invariably, building materials form the main factors that restrict the supply of housing. Having said that, it has been observed that one main barrier to the realization of effective housing in Nigeria, as revealed in successive government efforts, has been the cost of housing in the country,” he added.

“The prices of cement and sand had hit the rooftop, making building construction now a high-spending venture.

“Our company is having challenges in buying building materials at the current prices of N3,700 and N4,000 depending on the producers of the cement.”

Mr Kunle Adeniyi, a dealer in iron rods and other building materials.

“The manufacturers decided to create artificial scarcity so that they could make more money. They have an association and they told them to stop production for certain numbers of days, in order to create more demand than supply. That is the strategy they are using to create scarcity in the market so that when people are looking for available products, they can buy at any price when demand is more than the supply.

“The purchasing power of the people has been affected following the increase because the number of tonnage per trailer that will be sold monthly has reduced drastically. When people are supposed to buy like two or three trailers, the money they have budgeted can’t even buy one trailer.

“People are now buying iron that is considered not usable; iron that has rusted is now back into the market. We believe that this will in turn reduce the quality of construction which people are doing and this could cause building collapse”.

When he recently led a delegation to Larfarge in Lagos state, urged stakeholders to explore ways for using local resources in standard, safe and durable buildings in the country. He also explained that NIOB had a large reservoir of research resources consisting of research works on locally available materials and some of these areas of research he said include the use of pozollana, rice husk ash, and corncob ash as a partial replacement for cement.

He also enumerated that beyond publicizing the research efforts, there is the need to make use of outputs gotten to improve the housing market.

Flood Destroys Not Less Than 100 Houses and Farmlands