Flood Destroys Not Less Than 100 Houses and Farmlands 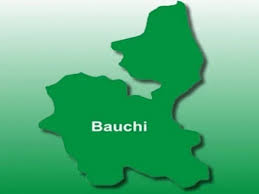 Lame stated that the flooding was caused by three days of persistent rainfall in the area.

He expressed concern on the level of destruction of houses and farmlands in the local government.

“We have received a report that the flood destroyed many households with over 100 houses damaged.”

Lame said the management had already visited the affected area and carried out an assessment on the level of damage caused by the flood and would write a report for possible intervention.

He said there was no reported case of death, injury or case of missing persons during the flooding.

“However, the affected people are living with their relatives in the town or nearby settlements that were not affected,” he said.

The acting director-general cautioned the public against building on waterways and dumping refuse in drainages.

Squatters Still Occupy Lagos Bridges As Homes and For Business