BPE To Collaborate With FMBN For Improved Service Delivery

by viewpoint
in Mortgage, Feature
0 0
0 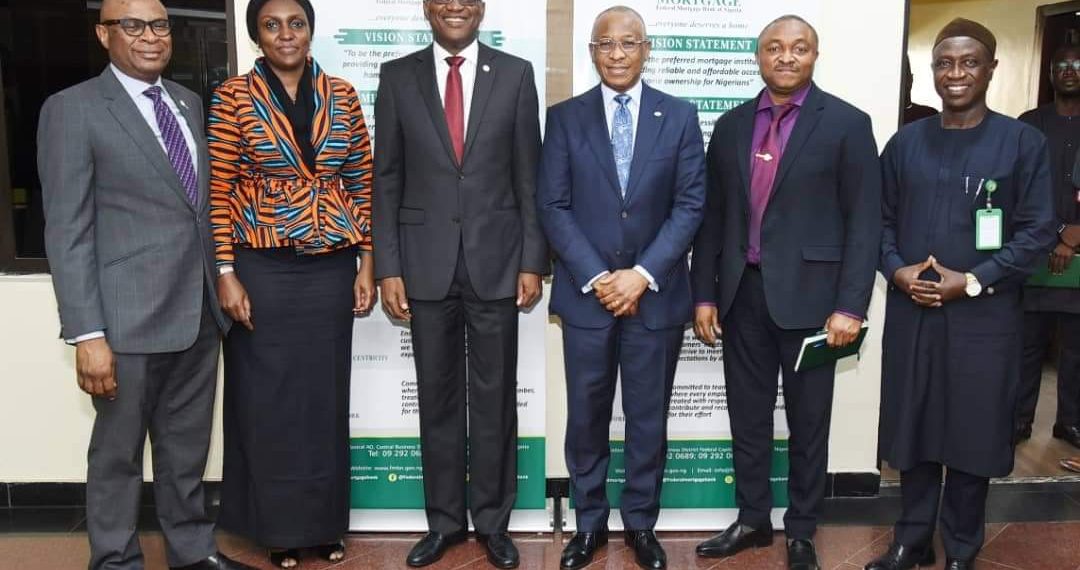 The Director General of the Bureau of Public Enterprises (BPE), Alex Okoh said it plans to deepen collaboration with the new FMBN Executive Management Team led by Hamman Madu, towards recapitalizing and repositioning the bank for more effective affordable housing delivery.

Okoh stated this during a courtesy visit to congratulate the new FMBN Management recently in Abuja, the Nigerian capital.

“On behalf of the National Council on Privatization, I want to formally congratulate the MD and indeed the entire Executive Management of FMBN, Okoh began.

“This is because, we recognize the strategic role of the Federal Mortgage Bank of Nigeria (FMBN) to bridging the critical gaps of housing shortfall in the country.

“We want to pledge that we would collaborate with you to ensure that you succeed”, Ohoh added.