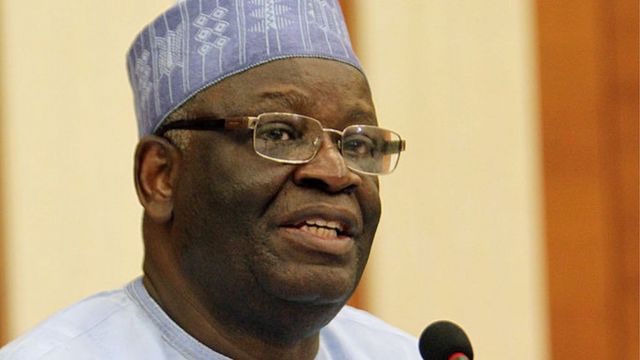 The Chief of Staff (CoS) to the President, Prof. Ibrahim Gambari yesterday said the Second Niger Bridge has cost the Nigerian Government about N400 billion, in addition to the N10 billion committed into the project by the administration of former President Goodluck Jonathan. The project was previously billed for completion last month, but, has been now rescheduled for October this year.

Gambari, said contrary to insinuations, the project is being funded fully by the Nigerian government.

:Forestry Bill To Be Sent To State House of Assembly — Obaseki

A Director in the Federal Ministry of Works and Housing, who is representative engineer for the Second Niger Bridge, Adeyemo Ajani, had earlier told the CoS and his entourage that the 1.6km bridge across the River Niger, linking the South East with the South South and South West, which started in September 2018, “has reached 83 per cent completion” and would now be ready for use from October this year.

Gambari, who is inspecting major Federal Government legacy projects across the country, was accompanied by the Minister of Works and Housing, Mr. Babatunde Fashola (SAN); Minister of Labour and Employment, Dr. Chris Ngige; Managing Director of the Nigeria Sovereign Investment Authority (NSIA), Mr. Uche Orji and other government representatives.

They were taken round the proposed access roads at the Delta State end of the project and the Owerri interchange, nearing completion, by Ajani and the Managing Director of Julius Berger Plc, Mr. Lars Richter.

Gambari while expressing satisfaction with the work done so far, showing optimistic that with the pace of work, the project would be delivered by the third quarter of the year, as promised by the contractors, he commended the contractors for not just the speed of work, but also their safety and environmental concerns in the execution of the project.