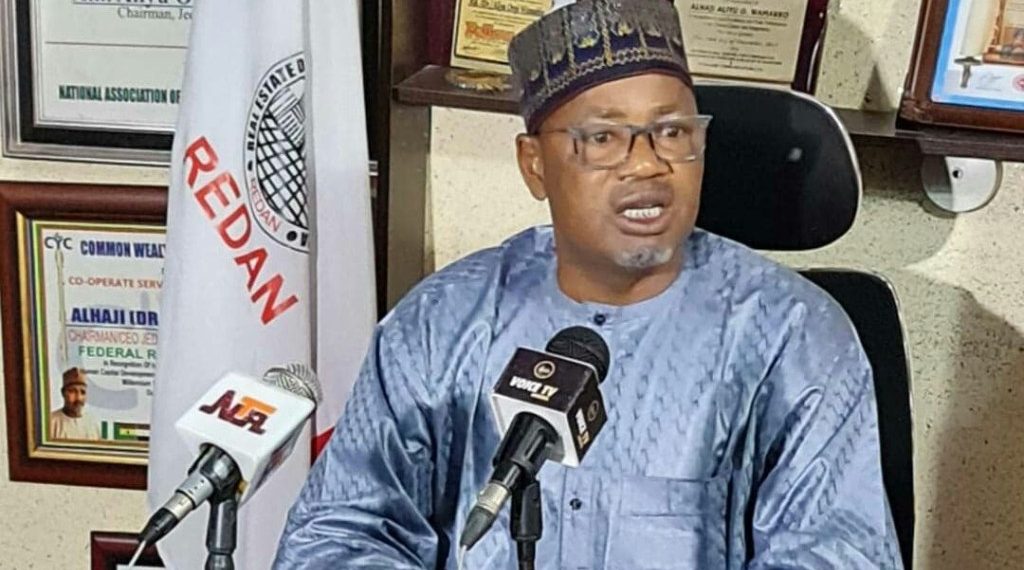 Dr. Aliyu Wamakko during a press briefing in Abuja.

President of the Real Estate Developers Association of Nigeria (REDAN), Alhaji Aliyu Wammako has challenged the assertion made by the Independent Corrupt Practice Commission (ICPC) alleging to have recovered N53 billion from a real estate developer for the Federal Mortgage Bank of Nigeria (FMBN). He made this claim during an interview with African Housing News earlier this week.

Wammako, also the CEO, Jedo Investment Company expressed displeasure regarding the claims made by ICPC, speculating that the anti-graft commission may have been ‘economical with the truth’.

While challenging the ICPC to call out the name of the culprit, Wamakko disclosed that REDAN have been in business with the FMBN for many years and there has never been a time a single developer is given a facility to the tune of N10bn, let alone of N53bn.

Also, while faulting the claims made by the ICPC, the REDAN boss added that if they were true, such person cannot be a member of REDAN, adding that ‘he could either be a quack or a dubious person that has nothing to do with REDAN’.

He admitted knowledge of series of money laundering and irregularities going on in the real estate sector, but, emphasized that those involved are not members of REDAN. He therefore, urged the public to present receipts or any other document as proof of evidence if they had been duped by a member of REDAN, further stressing that the association stands to defend the integrity of the Real Estate Sector.