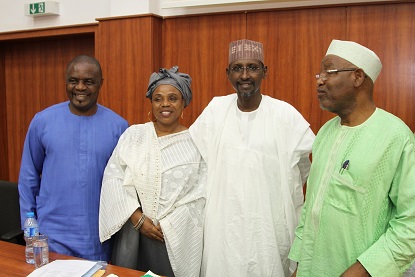 In a move to check urban decay, the Federal Capital Territory Administration (FCTA) has set up the City We Need Implementation Committee for a safer and liveable city.

Viewpoint Housing News reports that the initiative, which is a requirement of UN-Habitat is a major outcome of the recently concluded Urban Thinkers Campus organized by FCTA.

FCT Minister Muhammad Musa Bello while inaugurating the 20-member committee said, “Every city, like humans, breathes, suffers and falls sick. If not properly catered for could easily reach a tipping point”.

He lamented that many cities especially in the developing world have decayed with a surge of uncontrollable slums because urban regeneration was not given necessary attention.

Urban sprawl, the minister noted, “Is like cancer, when ignored at the onset easily degenerates and becomes irredeemable.”

The committee’s terms of reference, according to the minister, include to institutionalize the resolutions of the Urban Thinkers Campus summit amongst the FCT Secretariats, Departments and Agencies (SDAs); monitor progress reports of the Abuja master-plan in line with the outcome of the conference; and work for the realization of the UN-Habitat New Urban Agenda and the UN Sustainable Development Goal (SDA) 11.

Members of the committee include: the Executive Secretary of Federal Capital Development Authority (FCDA), Engr. Umar Gambo Jibrin as chairman; the Country Representative of the UN-Habitat in Nigeria, Malam Kabir Yari; a renowned World Urban Campaigner and founder Huairou Commission, Dr. Limota Goroso-Giwa; a cross-section of professionals as well as representatives of FCT original settlers.

In his welcome remarks at the occasion, the FCT Permanent Secretary, Mr Chinyeaka Ohaa noted that it was imperative for the committee to work hand-in-hand with the convener of the Urban Thinkers Campus, Huairou Commission towards effective discharge of their mandate.

The Executive Secretary, FCDA, Jibrin promised that the committee would do its best to justify the confidence reposed in them.

What the weather will look like on Friday – NiMet