by viewpoint
in Housing, Feature, Editorial
0 0
0 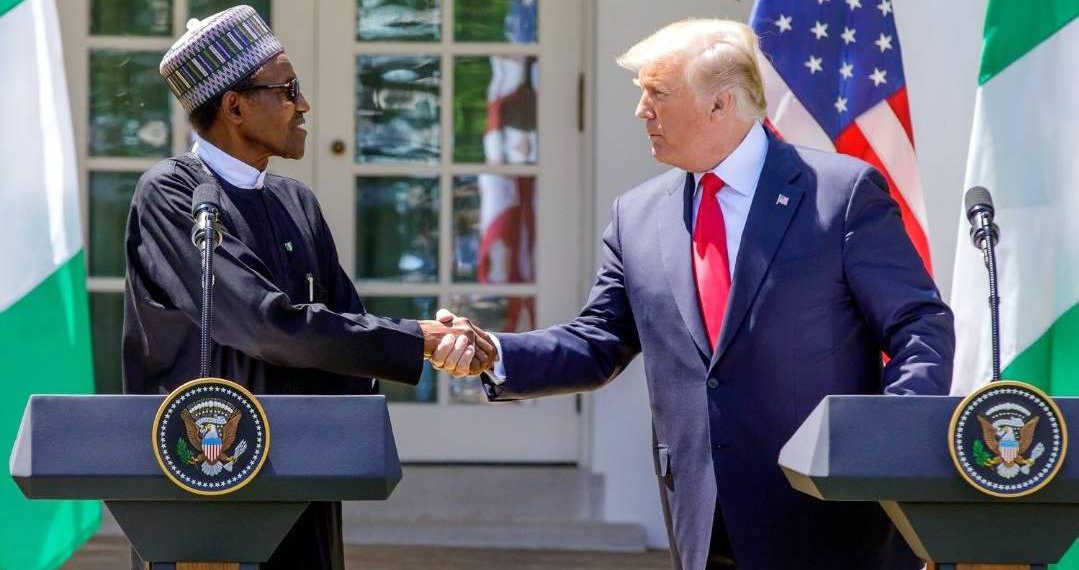 Something of great importance was missing in the bilateral talks between President Muhammadu Buhari and his US counterpart Donald Trump during the former’s visit recently. Trump, typical of a businessman harped on trade between Nigeria and the US, and Buhari being a soldier dwelt on security. In fact, Buhari’s talk about security even transcended developments in his home country. Of course, both leaders talked about economy. Agriculture was quickly mentioned.

Governments upon governments have given mouth to improving economy and creating jobs in Nigeria. Yet hardly do we see youth employment on a massive scale. Even though they fail to articulate and pursue clear and workable employment policies, they nonetheless roll out figures of jobs created.

As a government which mantra is Change, we strongly feel that Buhari’s job creation programme should be different. He should have hinged his economic growth plan on a clearly workable and practicable plan different from the nebulous talks of his predecessors. This should have been well stated during his meeting with Trump. We have two reasons for this our position.

One, this is a government which party, the All Peoples Progressives Congress (APC) promised a million housing units per annum. This is indeed, a wonderful dream. It is fantastic because producing a million housing units in a year can cause a huge turnaround of the economy. Producing 1 million houses means serious commitment by government, huge investment in the housing sector and employment of high technology for massive construction works. To do colossal housing means moving away from the use of the mundane digger.

Investing in housing therefore, will put a lot of money into circulation and stimulate the economy. As we know, the housing sector has significant multiplier effect on the economy in terms of employment, raw materials utilisation and other materials that are very important in building project. Housing scheme will create millions of new jobs in the construction sector, states and local government authorities all have roles to play. Indeed, the housing sector can stimulate growth of the economy thereby increasing the Gross Domestic Product (GDP). This has happened in many countries.

Second, housing should be this government’s mantra and should dominate discourse at all levels because of the economic plan it has initiated, the Economic Recovery and Growth Plan (ERGP). The plan domiciled in the Ministry of Budget and National Planning seeks to achieve a 7 percent economic growth by the year 2020. It is to build on existing sectoral strategies such as the National Industrial Revolution Plan and the Nigeria Integrated Infrastructure Master Plan. The implementation of this plan is projected to reduce unemployment from 13.9 percent as of Q3 2016 to 11.23 percent by 2020. This translates to the creation of over 15 million jobs during the plan horizon or an average of 3.7 million jobs per annum.

All this sounds good. But how do you drive such an ambitious plan? Housing is the surest and easiest means because it is grassrooted, encompassing and widespread. Construction of a single housing unit involves quite a number of professionals and artisans. After it is constructed, an entire family is sheltered by that single unit. So a government that seeks to restore economic growth does not need to look away from housing. And of course, this is a plan that can succeed with huge private sector participation. Housing has the capacity to bring on board many private firms and individuals for the desired economic recovery and transformative growth.

Nigeria’s housing situation is appalling and cannot therefore, be overemphasised. It is awful because of uncoordinated housing policies, insufficient investments, lack of relevant technologies and inadequate maintenance.

In this 21st century, many live under overhead bridges in Nigerian cities. Many more live in slums where crime and disease are rife. Youths who do drugs are homeless, many of them vagabonds and street urchins. Some taxi drivers even turn their cabs into bedroom on wheels. They can pull over and fall into deep sleep.

Viewpoint Housing News therefore, is of the view that Buhari’s talk about economy during his visit to Trump should have dovetailed into housing. It sounds banal doing so but who knows, some great American developer would have picked something from there. After all, Trump himself is a real estate tycoon.

Good enough, the meeting discussed the return to Nigeria of the money that was siphoned out of the country and lodged in various banks around the world. Such money if repatriated, should be tied to housing. $500 million invested in housing will no doubt bolster the economy. The meeting attracted attention of Nigerians and global players in terms of expectations and opportunities. This is our own expectation.

In the history of Nigeria, the second republic government of the National Party of Nigeria (NPN) headed by Alhaji Shehu Shagari demonstrated huge vision for housing. The relics of that commitment are there for us to see across many local government areas in what is called the Shagari Low Cost Housing.

Of course, the military administration of General Sani Abacha did much by the Gwarinpa housing project. Many housing units were constructed in Gwarinpa. This however lacked national spread like the Shagari’s.

We therefore, urge this government to again look at its party manifesto and rededicate itself to the plan to produce millions of housing units. There are models it can look at. The popularity of a government is tested on the quality of housing of the electorate. We look forward to hearing Mr President speak about housing in his next meeting with potential investors.