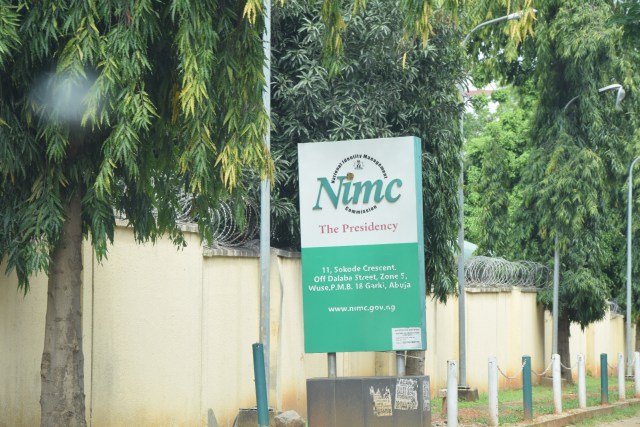 Those seeking land allocation in the Federal Capital Territory (FCT) now require the National Identification Number (NIN) to be attended to.

The Federal Capital Territory Administration (FCTA) has made it mandatory for NIN to accompany their applications.

The Director General, National Identity Management Commission (NIMC) Aliyu Aziz, disclosed this during a visit to the Minister of the Federal Capital Territory (FCT), Muhammad Bello, on Thursday.

The minister said every land allocated to any applicant must be matched through the NIN to track and prevent multiple allocation of lands.

Bello said the arrangement would also ensure fairness and equity in the land allocation process.

He said the astronomical increase in the enrollment figures and measures adopted by NIMC to ensure safety of data of Nigerians and legal residents in the National Identity Database (NIDB) were commendable.

Spokesperson of NIMC, Loveday Ogbonna, said in a statement sent to PREMIUM TIMES on Friday that these arrangements would ensure credibility and integrity of data collected by the agency.

Besides, the minister said ongoing efforts to harmonise the records and data in the commission was a step in the right direction to check duplication of functions amongst data collecting agencies.

The Director General of NIMC thanked the minister for the steps taken so far to ensure the success of the National Identity Management System, assuring of sustained collaboration for the success of both organizations.

Aziz also explained why the NIMC Act made the national identity number mandatory for every citizen and legal resident.