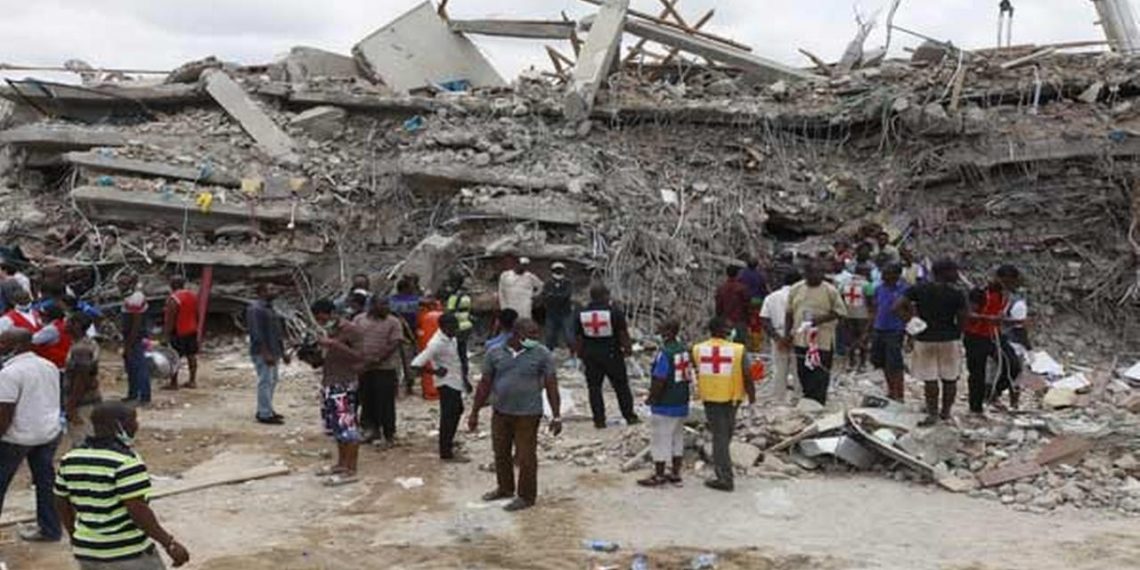 Site of a collapsed building.

The Building Collapse Prevention Guild in a statement released yesterday said Lagos State top the list of building collapse as it said over 271 buildings collapsed in the last decade in Nigeria. This figure it said represents 50 percent of a total 541 recorded cases in the country between 1974 and 2022.

It also said that out of the 271 collapses recorded within the past 10 years, at least, 531 persons have died as the threat of building collapse continues to derail the nation’s built industry.

Findings also revealed that professional ineptitude, ranging from excessive loading, use of substandard materials, faulty design, poor workmanship and weak foundation accounted for a significant fraction of the collapses recorded during the period in review.

Most tragic and perhaps notable of the cases was the collapse of a part of a multiple-storey building inside the Synagogue Church of All Nations, SCOAN, which served as a guest house for foreigners visiting the church for miracles. It left more than 100 worshipers dead, while no fewer than 100 were critically injured.

Also, the Lekki Garden building collapse in March, 2016 claimed 35 lives while several others were left critically injured. Investigations that followed weeks after the event revealed that the construction project did not have the necessary approval from regulatory authorities.

According to the Tide, former President of the Nigerian Institute of Builders, Kunle Awobodu blamed weak regulations for the incessant cases of building collapse in Lagos State.