Affordable Housing As a Vital Determinant of Health 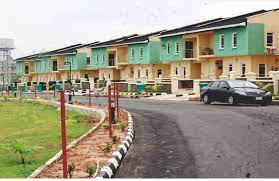 Housing is critical to a nation’s socio-economic growth. Without it, there will just be empty lands all over. Nigeria is the largest country in West Africa, classified as a low-middle income country despite the fact that it is the biggest oil exporter in Africa with the largest natural gas reserves in the continent. So, how can a nation with such resources be troubled by lack of affordable homes for its citizens?

The huge revenue derived from oil and gas and other key resources have not positively impacted on the health of average low income earner in the country, as they live below a dollar per day. How do these low income earners live their lives when their incomes can barely be used to meet basic existential responsibilities? How can they afford a good home which is a necessity?

The state of some rural and urban housing areas with the huge housing deficit in the country make mockery of the huge revenue made from some of the country’s’ abundant resources.

Acquiring house remains a challenge to majority of low income earners. This is an aspect the government has failed to tackle. Even knowing that housing is a key sector that needs to be focused on, it has continued to be a sad story. The consequence is an unhealthy Nigeria.

In the urban centres in Nigeria, lack of affordable housing has reached an alarming state as almost 75 percent of dwellers live in slums and in conditions that are degrading to human dignity. The plight of the poor has not abated in spite of the activities of government in housing delivery and private sector participation as well.

A government that knows that what the country gets as revenue from its resources do not rub off well on the lives of its masses has not done well.

How does a low income earner survive by a minimum wage of N30,00? A large part of the populace can hardly rent get a good place. Yet there is no social housing programme.

It is said that where a man lays his head is where most of his thoughts are formed. Living in a decent environment keeps the mind and body healthy. When the mind is in a healthy state, it contributes more to the affairs of a society. It is the thoughts of habitants of a community that produce acts. If the acts are good, they improve a society but if they are bad they affect the society negatively.

Poor housing conditions are known for overcrowding which is commonly associated with different issues such as asthma, mental illness, poor sanitation, physical injuries, poor ventilation, respiratory infections, toilet infections amongst others. Those living in slums are prone to hazards. Several fatal injuries occur in and around homes every year. Many persons die in housing fire incidents, poor housing conditions affect the intelligence of children, affect their behaviour and development.

Children may be particularly vulnerable to this type of poor housing quality because they use the space in the home to do homework, interact with family members, develop an identity, practice skills and sleep. Because the environments in which children are raised vary substantially across socio-economic groups, these environments may also contribute to the intergenerational transmission of social inequality (Claudia D. Solaris and Robert D. Mare, 2015).

Residing in a crowded housing environment is capable of creating stress at homes and has negative consequences on inhabitants. So, paying closer attention and addressing the problem of inadequate housing affords government the opportunity of meeting the basic needs of the people.

Public health should be a necessity for a government that intends making life meaningful for its citizens and key criterion for this is government’s housing policy.

Government authorities should liaise with the necessary stakeholders whether government, public or foreign to create policies and programs that will aid the funding and creating of affordable housing that will curtail or totally eliminate poor health conditions caused by terrible housing conditions.