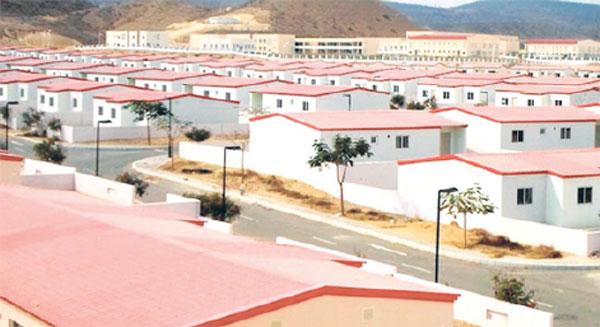 News about housing shortage in the country is not new anymore to the Nigerian populace. There are plenty of grounds left to cover to bridge the housing deficit facing the country. It seems the government and housing bodies may not be lacking in ideas of creating affordable housing policies and initiatives, the main problem lies in implementation and strict monitoring of these housing policies.

Still, despite expecting more from the government and housing bodies to improve housing situation in the country, there is no quick fix to housing affordability issues that have begrudged the country decades long, it will take a long road to recovery. Before the government and housing sector can get the answers of building affordable homes, they must realize the huge importance housing plays in the development of man and his environment.

What is needed is for the authorities to create long-term plans for housing, maybe overhaul some related housing policies or regulations that have been in existence for long.

A house, as a pride for every owner, brings some sense of prestige and satisfaction, looking at the efforts it took one to develop a structure. Many in the country would love to be identified as homeowners but with the many encumbrances associated with the process, it has made it difficult for such dream to be realized by the majority of citizens in the country.

Below are some of the issues that have made owning a home a difficult task for the majority of Nigerian populace.

Trying to get to the root of housing unaffordability issues in the country, one may say that one of the causes of it is poor remuneration of an average Nigerian worker who earns less but spends more than his earnings. Even the few who can boast of a steady income still find it almost difficult to buy or rent affordable homes that will still allow space to attend to other family needs.

Complex land regulations stall the increase in supply of affordable housing. Lands in the country are government regulated and not low income earner-friendly. Some of these regulations bear some restrictions on the type of houses to be built on certain areas. These regulations might be aimed at developing more quality housing but, sometimes, it is to the detriment of a low income earner who does not stand a chance of meeting such standards. Even if they try meeting up with such housing, it may rub off negatively on other housing demands of the home. One of the problems of land allocation in the country today, especially in cities is favoritism, an act that has seen lands allocated to unqualified persons than qualified developers.

Non use of made in Nigeria building materials

Promoting the use of locally made building materials can further enhance the supply of affordable housing. When materials are produced locally, it makes it cheaper for the society to have access to them and develop their own houses. This will be made possible when cost of transportation is reduced. Low cost of production and transportation of these locally made materials makes affordability easier.

Each of these highlighted points play some roles as to the reasons many cannot access affordable housing.