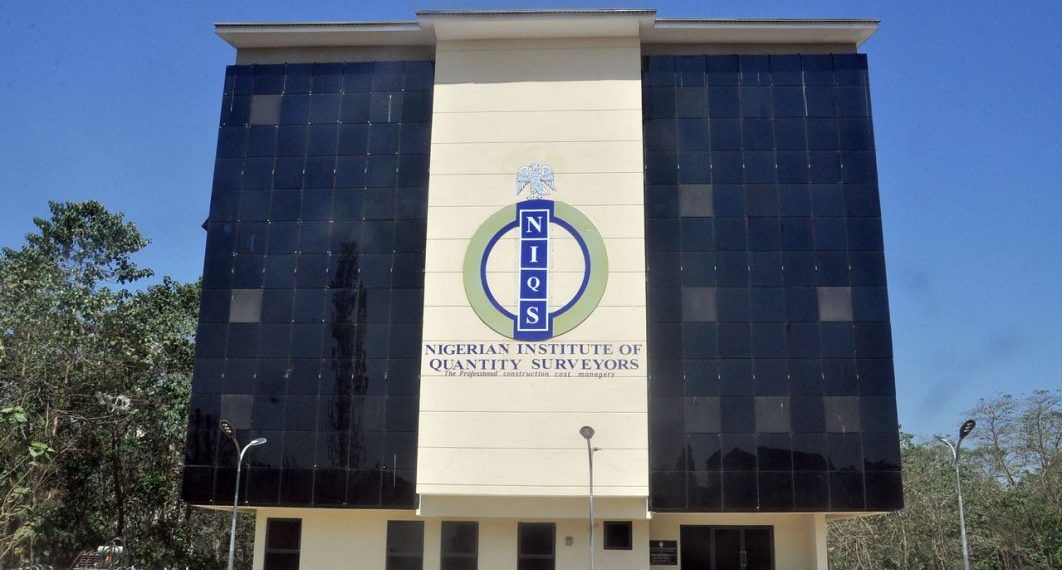 New Building of the Institute of Quantity Surveyors in Mabushi, Abuja.

Lagos and Gombe states Governors, Babajide Sanwo-Olu and Malam Yahaya Inuwa are to be inducted by the Nigerian Institute of Quantity Surveyors (NIQS) during its forthcoming Annual General Meeting (AGM). Also, former Minister of Works and Housing, Sen. Adeseye Ogunlewe and some Fellows of NIQS will be among the award recipients.

NIQS President, Olayemi Shonubi yesterday revealed that new members would be inducted on Thursday and the AGM which will hold on Friday would be followed by Dinner and Presidential Awards.

He called for reduction in the cost of governance and consumption in the face of dwindling resources to save more for infrastructure investments while adopting best global procurement practices.

“The theme of this year’s conference is informed by the growing need by Nigerians for improved infrastructure amidst the current global economic crisis which has made it difficult to access funding for infrastructure development with other pressing needs of the citizenry in focus.

“It is imperative, therefore, that whatever funding that is available is judiciously spent.

“The International Cost Management Standards (ICMS) Coalition was set up in May 2015 subsequent to a meeting at the International Monetary Fund (IMF) Headquarters in Washington when some International Professional Associations of Construction Cost experts decided to set up the Standards Setting Committee,’’ he said.

He said that the Nigerian Institute of Quantity Surveyors being one of them, had since remained a Trustee of the body.

“This body mooted the idea of developing the first global standards for the classification, presentation and bench-marking of construction cost across the globe,” Shonubi said.

Shonubi said that Dr Mike Onolememen, former Minister of Works and Housing and Dr Anil Sawhney, a Construction and Infrastructure Sector expert will examine the theme from global and national perspectives.

He said that other speakers would discuss the global standards for reporting and bench-marking construction costs.

Shonubi explained different layers of progress achieved through collaboration of NIQS with local and foreign institutions and experts since June 2015 to evolve three editions of cost management standards.

He said adopting the World Bank and other global procurement standards in Nigeria would enhance transparency in resources management and also ensure value for money spent on the projects.

He said that it would also enhance investment on the infrastructure by private sector participants, multilateral development institutions and ease journalists’ reportage of infrastructure project cost.

Shonubi said that new members would be inducted on Thursday and the AGM which would hold on Friday would be followed by Dinner and Presidential Awards.