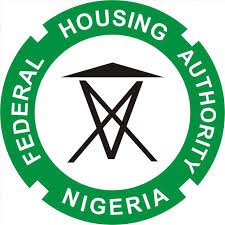 In line with its resolve to reduce housing deficit in the country, the Federal Housing Authority (FHA) is set to conduct the ground breaking for the development of its Diaspora Smart City Project in Kabusu settlement , Maitama District, Abuja.

This was made known yesterday in the Nigerian capital, Abuja during an inspection tour by the Minister of State for Works and Housing, Mr Umar El-Yakub, led by the Managing Director of FHA, Sen. Gbenga Ashafa.

Ashafa in the company of his Management team led the minister to the 700 hectares of land proposed for the smart city.

According to the News Agency of Nigeria (NAN), the Diaspora Smart City will be situated in Kabusu Village, after Mpape in Abuja Municipal Area Council (AMAC).

The Minister said that the Federal Government would ensure that the project commenced soon since it’s planning had been in the works for many years.

“This is a huge development which will be one of its kind with over 700 hectares of land and it is a mixed development.

“This is an iconic development in our model and diaspora city where Nigerians living abroad will invest and own a property back home and the entire community is a city of its own.

“It will be built based on PPP as the agency does not get appropriation from the Federation Account, but we will be providing direct infrastructural amenities.

“So, by the time this project will start, one can only imagine the number of jobs it will create for the community. So, a lot of employment will be generated,” El-Yakub said.

According to him, the employment generation had already started and would be sustained by provision of services when the city was being constructed.

Also speaking, Ashafa said the land was free of all litigations and all compensations had been paid.

He added that all the paper works about the land had been done in collaboration with the Federal Capital Development Authority (FCDA).

“The land is blessed with so many natural phenomena, with hills surrounding it with natural lakes that when it is completed, it can compete with any other smart city,” Ashafa said.

Mr Eyong Ibor, General Manager, Planning and Survey, FHA, while speaking on the plan for the houses said the city would comprise of eight house types.

Ibor further said that the city would be built in line with the FCDA’s concept of integration of existing settlements into the various sites.

Housing Experts Advocate More Use of Technology For Growth