by viewpoint
in Feature, Opinion, Editorial
0 0
0 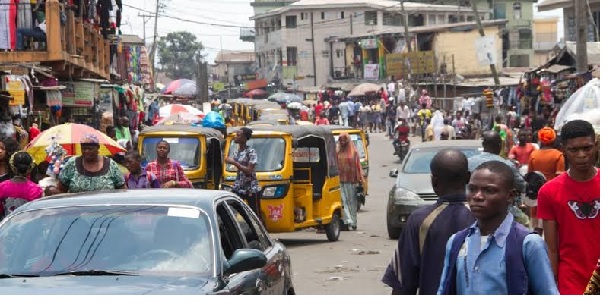 For developing countries like Nigeria, urban growth is synonymous with economic development. Nigeria is known as one of the fast urbanizing countries globally, the government need to act fast to match this pace of migration with the provision of more housing infrastructures or push more developments to rural areas than what we have on ground today. Development will be balanced between these two – urban and rural settlements.

As seen presently today infrastructure-wise, it seems cities in the country were planned for exclusion, that is, concentrating more development in cities and having little or minimal time for the development of rural areas. Most of these cities, including policies formulated are not friendly to the poor or average citizens, whereas, developments should spread across, with infrastructural plans encompassing all areas.

When authorities give more infrastructural attention to rural places than what is obtained today, maybe, no one will see urban areas as the only places that can develop or make a man grow. Bearing this in mind and acting on it has a chance of reducing the continuous increase of slums in our communities.

Nigerian capital, Abuja was planned several years back. However, research shows that most plans for the city are not yet implemented. The city and other satellite towns around it keep having huge influx of migrants and the satellite towns that surrounds it. They come in their numbers to get employed in the city and look for accommodation in slums. As a result, housing conditions in these areas have worsened with little or no plans on ground to match this level of migration.

It is possible to say that many who reside in these slums or informal settlements make up majority of workers in the city. In fact, having densely populated slums around a city negatively affect some sectors of a nation’s economy, like a developing state like Nigeria – example, transportation. It leads to terrible traffic as can be seen in Abuja, Lagos and some other states in the country.

This reveals more, how important affordable housing is in cities. But, the way our cities were planned, it’s not meant for low income earners, even those that earn a bit higher. When housing cannot be afforded in the city by the majority, it sends huge numbers to find slums as solace or safe haven (economic-wise), huge that they outnumber the size of population in cities. Today, there is every day traffic and the authorities keep widening roads, thinking that is the solution when in a right sense, they know it’s not.

One of the solutions lie in making well planned social housing affordable and in good quantity, in organized environments, in cities so that the low income earners can have a feel of been part of a developed area. This will reduce the number of slums across the country, reduce the level of health problems in the society, will lead to an improved mindset. An improved mind would hardly think of being a nuisance to his environment.

A society is supposed to be a place for economic development and growth for all, instead, major cities are becoming known for mass inequality, private economic interests outweighing public/communal benefits.

Flooding: We Made Use Of Available Data -- Water Resources Minister