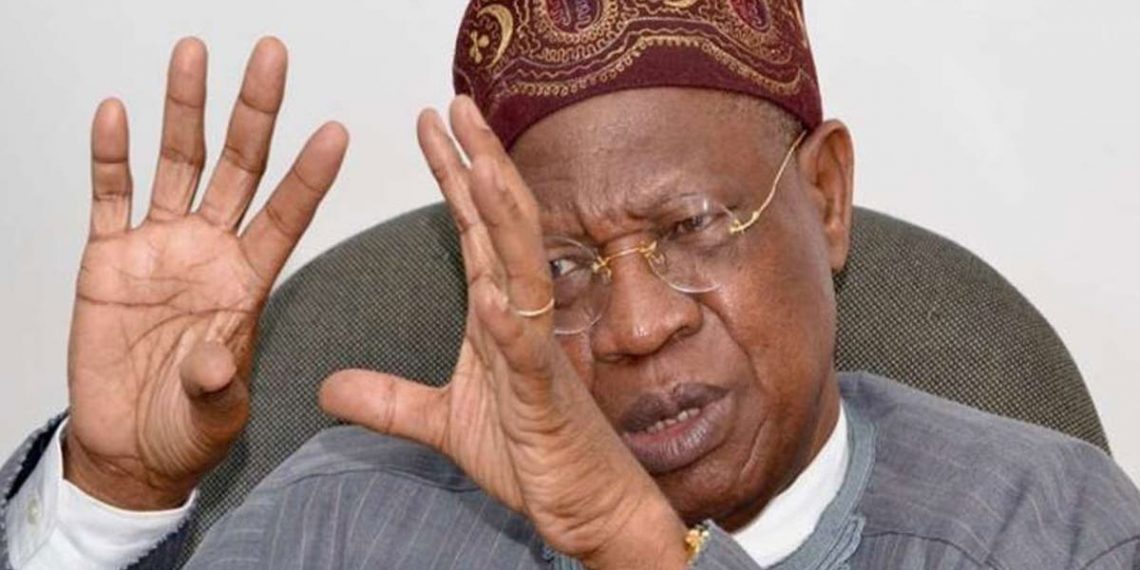 According to the Nigeria’s Information and Culture Minister, Lai Mohammed, the federal government has in six years — between 2016 and 2021 — budgeted over N1.584 trillion for just the Ministry of Works and Housing alone.

In a report gotten from Business Day, Mohammed spoke in Abuja yesterday as he took a swipe at the economic blueprint of the presidential candidate of the Peoples Democratic Party (PDP), Atiku Abubakar, calling it ‘a mere copy’ of the developmental agenda of the Buhari-led administration which is already being implemented in the past seven years.

Recall last week, presidential aspirant, Atiku had said that his plans if elected the leader of the country will be centered on ‘rebuilding infrastructure and reducing infrastructure deficit, which he believes will enhance the carrying capacity of the economy and unleash growth and wealth creation.

He claimed that the APC has also delivered houses in 34 states of the Federation under the first phase of the National Housing Project, which was achieved through a combination of budget increase and innovative infrastructure financing methods.

Atiku had also raised concerns that “Nigeria under the APC-led government has consistently run budget deficits which often exceed the 3% threshold permissible under the Fiscal Responsibility Law.

But Mohammed said this was a misrepresentation of facts, adding that the urgency to recover from the two-time recession through an expansionary fiscal policy resulted in the continued budget deficits.

He admitted, however, that in the last three years, the deficit level exceeded the 3% threshold as stipulated in the Fiscal Responsibility Act 2007, but blamed it on the impact of the Covid-19 pandemic, and the ongoing Russia-Ukraine war.

He explained, moreover, that the Fiscal Responsibility Act, Section 12(2), allows for the budget deficit to exceed the 3% threshold if, in the opinion of the President, there is a clear and present threat to national security or the sovereignty of the country.

He also backed a plea by Buhari on Wednesday at UNGA77 for debt cancellation for developing economies, including Nigeria, where debt has risen to an all-time high of N42trillion.

He told journalists that Atiku’s picture of a bleak economy was incorrect, noting instead that “it has been resilient, having recovered from two recessions within five years, with many sectors recording positive economic growth, on the back of the effective implementation of policy measures prescribed in the Economic Sustainability Plan (ESP), Annual Budgets, Finance Acts and National Development Plan (NDP)”.

My Comments On NANS Protest Was Misunderstood -- Fashola