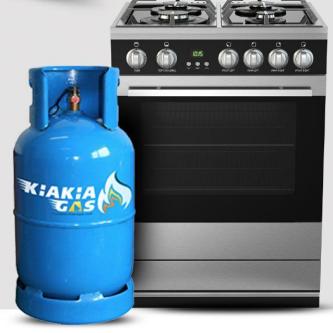 The National Bureau of Statistics Tuesday in Abuja, the Nigerian capital, revealed in its Cooking Gas Price Watch that the average price of 5kg cooking gas increased from N4,397.68 in July to N4,456.56 in August this year.

It also noted that the price in August indicated a 1.34 per cent increase on a monthly basis from what was obtained in July.

While disclosing that Taraba state recorded the highest average price of N4,925.44, for 5kg cooking gas, it added Adamawa where it cost N4,920, followed close and Lagos State the next, where it sold for N4,782.50.

The report noted that on a year-on-year basis, the average retail price per litre of kerosene rose by 102.38 per cent from N400.01 recorded in August 2021

The report showed that the lowest price was recorded in Nasarawa State at N625, followed by Rivers at N627.45 and Adamawa at N633.33.

Analysis by geopolitical zones showed that the Southeast recorded the highest average retail price per litre at N953.88, followed by the Southwest with N910.85.

“The South-South recorded the lowest average price at N749.51,’’ it stated.

Analysis by states showed that Abuja paid the highest price of N4,050 per gallon of kerosene in August, followed by Abia where it sold at N3,825 and Enugu State at N3,574.52.

In addition, the NBS enumerated that analysis by geopolitical zones showed that the Southeast recorded the highest average retail price per gallon of kerosene at N3,276.78, followed by the Southwest at N3,073.27.

It added that the Northeast recorded the lowest average retail price at N2,687.63 per gallon.