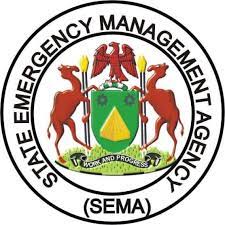 The Executive Secretary of Kano State Emergency Management Agency (SEMA), Dr Sale Jili has confirmed yesterday in Kano that about 6,417 houses and properties worth N541.6 million were destroyed by flood/windstorm in 10 Local Government Areas of the state from April 2022 to date.

According to him, the Nigeria Meteorological Agency (NiMet) had earlier predicted flooding occasioned by heavy rainfall in the state.

“Nine persons were killed, 6,417 houses destroyed, nine persons injured and properties worth N541.6 million were destroyed due to flood and windstorm in the state.”

“We have visited Rano, Danbatta, Ajingi and Gwale to distribute relief materials to the victims as measures to alleviate their sufferings.”

He further explained that the agency had deployed personnel to all the 10 affected LGAs to conduct assessment, to enable it to develop a comprehensive data and assist the victims.

The Executive Secretary called on the public to report any disaster to their Ward Head and warned residents to desist from dumping of refuse in waterways and clear their drains to avert flooding.

“Residents around flood prone areas should vacate and safeguard their lives and property,” Jili said.