by viewpoint
in Africa, Feature, Environment
0 0
0 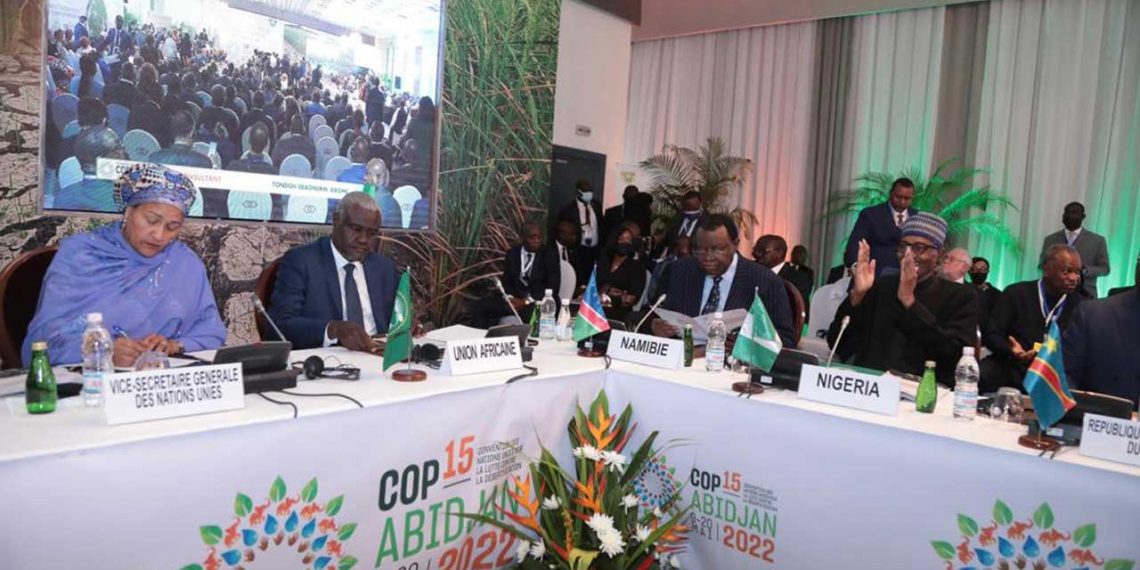 The first Conference of the Parties of the three Rio Conventions – 15th Conference of Parties (COP15) of the United Nations Convention to Combat Desertification (UNCCD), holding in 2022, ahead of the UN Framework Convention on Climate Change COP27 and the UN Convention on Biological Diversity COP15, ended in Abidjan, the Ivorian capital, at the weekend.

A recent report said more than ten million persons had died due to major drought events in the past century, causing several hundred billion dollars in economic losses worldwide, while severe drought affects Africa more than any other continent.

By 2050, droughts may affect over three-quarters of the world’s population, and an estimated 4.8-5.7 billion people will live in areas that are water-scarce for at least one month each year, up from 3.6 billion today.

And up to 216 million people could be forced to migrate by 2050, largely due to drought in combination with other factors including water scarcity, declining crop productivity, sea-level rise and overpopulation.

Apparently alarmed by the increasing land degradation, nearly 7,000 participants, including Heads of State, ministers, delegates from the UNCCD’s 196 Parties and the European Union, as well as members of the private sector, civil society, women, youth leaders and media, met for two weeks on the future of land management.

It was agreed to accelerate the restoration of one billion hectares of degraded land by 2030 by improving data gathering and monitoring to track progress against the achievement of land restoration commitments and establishing a new partnership model for large-scale integrated landscape investment programmes;

Other commitments include to boost drought resilience by identifying the expansion of drylands, improving national policies and early warning, monitoring and assessment; learning and sharing knowledge; building partnerships and coordinating action; and mobilising drought finance.

•Establish an Intergovernmental Working Group on Drought for 2022-2024 to look into possible options, including global policy instruments and regional policy frameworks, to support a shift from reactive to proactive drought management.
• Address forced migration and displacement driven by desertification and land degradation by creating social and economic opportunities that increase rural resilience and livelihood stability, and by mobilizing resources, including from the diaspora, for land restoration projects;
• Improve women’s involvement in land management as important enablers for effective land restoration, by addressing commonly encountered land tenure challenges by people in vulnerable situations, and collecting gender-disaggregated data on the impacts of desertification, land degradation and drought;
• Address sand and dust storms and other escalating disaster risks by designing and implementing plans and policies including early warning and risk assessment, and mitigating their human-made causes at source;
• Promote decent land-based jobs for youth and land-based youth entrepreneurship and strengthen youth participation in the UNCCD process; and
• Ensure greater synergies among the three Rio Conventions, including complementarities in the implementation of these treaties through nature-based solutions and target-setting at the national level.

Speaking at the closing ceremony of UNCCD COP15, Patrick Achi, Prime Minister of Côte d’Ivoire, said: “Each generation faces this thorny question of how to meet the production needs of our societies […] without destroying our forests and lands and thus condemning the future of those on whose behalf we endeavour.”

He also drew attention to the US$2.5 billion raised for the Abidjan Legacy Programme launched by Côte d’Ivoire President Alassane Ouattara at the Heads of State Summit on 9 May, which has already surpassed the US$1.5 billion anticipated for it.

At a news conference, COP15 President, Alain-Richard Donwahi, highlighted that it was the first time Côte d’Ivoire hosted a COP for one of the three Rio Conventions, and emphasized his country’s continued commitment to keep land issues high on the international agenda.

UNCCD Executive Secretary, Ibrahim Thiaw, said: “Meeting against the backdrop of multiple global challenges, including the worst-in-40-years drought in Eastern Africa, as well as food and economic crises fuelled by the ongoing COVID-19 pandemic and conflicts, countries have sent a united call about the importance of healthy and productive land for securing future prosperity for all”.