Bread Seller And Others Killed In Lagos Building Collapse 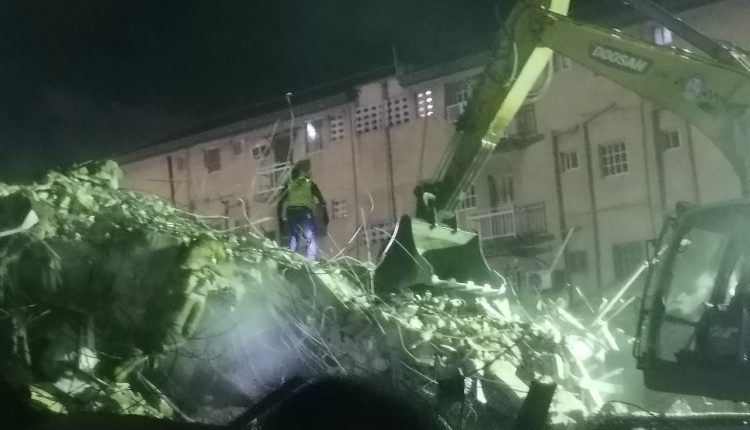 The National Emergency Management Agency (NEMA) said Monday that a bread seller and six others have been killed in a three storey building collapse last Sunday night at Ebute Meta.

It said the aged bread seller, Iya Tahin described as suffering from hearing impairment and her adult foster son, David Tahin, as well as another woman were recovered between 2am and 7:15am this morning.

:4 Confirmed Dead In Another Building Collapse In Lagos

According to NEMA’s acting Southwest Coordinator, Ibrahim Farinloye, the bread seller was praying Salat, an Islamic prayer, when the building collapsed.

The building located at 24, Ibadan Street, Ebute Meta, a densely populated Lagos neighbourhood, caved in around 9:48pm on Sunday.

Farinloye said search and rescue operations were still ongoing at the scene.

Meanwhile, another three-storey building located about 200 metres from the collapsed one has been sealed off by emergency workers and its occupants evacuated.

The sealing of the building said to be on 100 Lagos Street, followed obvious distress signs noticed by rescuers.

Part of it were said to be already throwing pebbles and falling off.

Although the said building was previously marked as distressed by officials of the Lagos State Buildings Control Agency (LABSCA), its occupants were said to have been defiant until they were forcefully evacuated this morning.