Nigerian Workers Suffer More From Housing Challenges In The Country 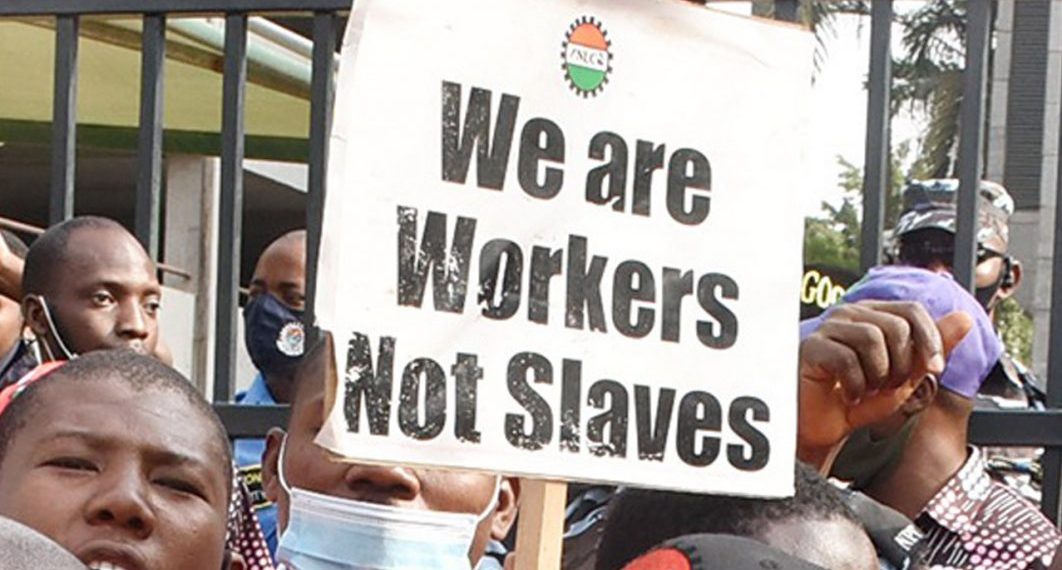 Recognizable features of major Nigerian cities are beautiful estates with charming, adorable designs that follow or surround them. As it is most common in these cities, every morning, civil servants mostly under the low or medium income earning cadre and other private workers as they have already been accustomed to, struggle through heavy traffic in informal settlements/slums before getting to their places of work in these cities.

There is a glaring reason for this as it is not far fetched, getting a decent affordable housing in the city is unsurprisingly beyond their means, keeping it out of their reach. As a result, a large number of the country’s workers chose to resort to satellite towns neighbouring these city centers. For instance, in Abuja, we have these neigbouring towns Kuje, Nyanya, Kubwa, Suleja, Lugbe, Karu, Dutse, Mararaba, all around Abuja.

The distance between these workers’ residence and their areas of engagement in Abuja, ranges from 15 to 75 kilometers.

Following an interview gotten from Channels TV,  Micheal Martins is a recent employee with the country’s Civil Service in Abuja. He said he would love to get married soon. However, his end of the month income is sixty eight thousand naira (N68,000) which is dwarfed by the price of renting an accommodation in the city. Houses around the city center are way above his earnings, as those in these informal settlements may be quite affordable for him.

Also, Festus Adebayo, a seasoned Banker, Journalist, real estate specialist was unequivocal as he frowned at the high rate of many empty buildings across streets in the country. This he said is attributed to corruption that has gone deep in many aspects of life in the country. In a chat with Channels TV, he said “the vacant houses are caused by corruption. Few Nigerians have cornered the common wealth of this great country. And what are we doing about it? He asked.

“When you come to Abuja, you will see people living in Masaka, people living in Kuchingoro, people living in villages that you cannot even pronounce their names very well. You keep wondering. And every morning, you see heavy traffic along all those suburbs because these people have to come to the city in the name of earning their daily bread”.

Timothy Gbadeyan, a Property Lawyer, posited that most of the workers seen in Abuja resort to these informal towns to lay their heads after work. “When you look at the difficulties it poses to these people who cannot get adequate affordable housing, it’s huge, he said.

“A lot of people you see working in Abuja everyday, they don’t sleep inside Abuja. So, in the morning, when you go into the entry routes of the city, you would see traffic gridlocks”

According to the Federal Capital Territory Administration (FCTA), the housing deficit in Abuja, the nation’s capital city ranges around 1.7 and 2 Million and at least, six hundred abandoned buildings have been identified by the authorities, in the midst of these deficits. Most of them are located in major locations like Gwarimpa, Katampe, Maitama, Garki, Central Business District, Wuse, Apo and Asokoro, to mention just few.

Celestine Okeke, a Development Consultant, believes that those who are caught more in these housing challenges are the civil servants because they have a time frame they should be at work and when they cannot leave work. By the time they go tired and come back tired the next day, their output or productivity levels become very low ebbed. “For that purpose alone, the government should begin to revisit the mass housing policy in the nation’s capital, he said.

In the words of Muktar Galadima, Director, FCT Development Control Department, “we are proposing to the Federal Executive Council if they can come in and acquire some of these properties and maybe, as a way of solving the housing deficit in the country, giving them out to staff and other Nigerians”.

While the government authorities are making moves to take over these abandoned empty properties, the Independent Corrupt Practices and Other Related Offence Commission, Economic and Financial Crimes Commission (EFCC) should unrelentingly continue carrying out investigations over the ownership of these unoccupied houses in our cities and just as Muktar Galadima said, they should be made available for those who are currently battling with accommodation challenges, in a way of reducing the housing deficit gap in the country.