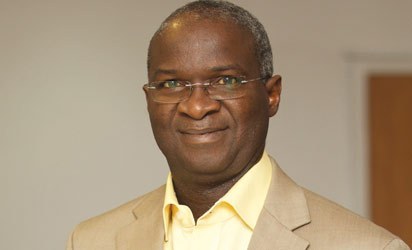 Babatunde Fashola, the Nigerian Minister of Works and Housing yesterday during an inspection tour of the ongoing Apapa-Oshodi-Ojota-Oworonshoki Expressway reconstruction project in Lagos, urged the state’s residents to protect road drains and other infrastructure from all forms of abuse and damage.

:Urban Regeneration Should Lead to Friendly Environments for Residents — Fashola

The minister frowned at the dumping of garbage into drains from the ongoing project and others across the state, calling for support of the residents for proper disposal of garbage.

The Minister further stated that the Nigerian government was including the beautification of the Apapa-Oshodi-Ojota-Oworonshoki highway construction project as part of measures to protect Lagos bridges.

He added that beautification was included in the Apapa-Oshodi-Ojota-Oworonshoki Expressway project both for aesthetics and to protect the road, bridges and the environment.