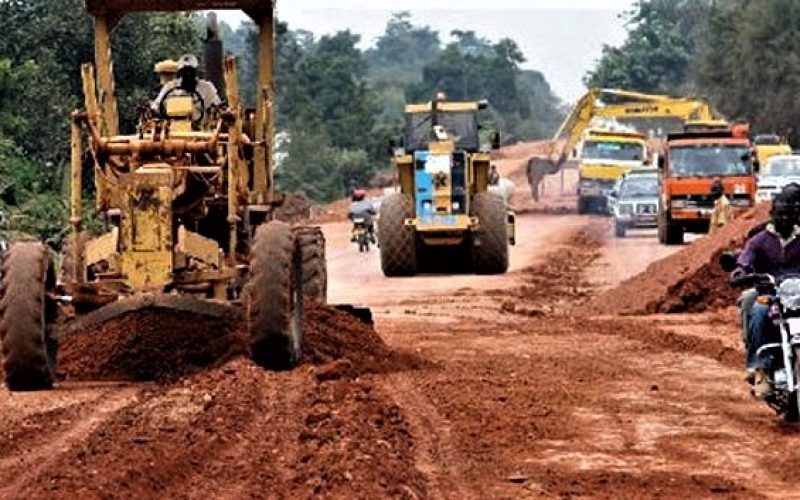 Culled from This Day —

The Nigerian government has commenced work on the 21 roads for which N621 billion was recently earmarked by the Nigerian National Petroleum Company (NNPC) under the Tax Credit Scheme (TCS).

The implementation of the scheme coincided with a statement by the Ministry of Works led by Mr. Babatunde Fashola, that contrary to the position of some workers’ union, the program was being run in such a way that it’s not possible to hijack the funds.

Petroleum Tanker Drivers (PTD) had last week alleged that the monies for the rehabilitation of the 21 critical road infrastructure in the country had been hijacked by politicians and persons in the concerned ministry.

Speaking during a press briefing in Abuja, National Chairman of the PTD, Mr Salmon Oladiti, told journalists that some persons were bent on frustrating the repairs programme as agreed by the stakeholders.

Also, the Nigerian Association of Road Transport Owners (NARTO), in a separate briefing, had urged Fashola to speed up the awards of the contracts and, “exercise extreme care in the supervision, monitoring and payment so as to ensure value for money in contract execution.”

“This has become imperative to avoid substandard or poor work execution. In fact, we recommend that a committee comprising stakeholders should be set up to help in the supervision and monitoring exercise to ensure speedy completion of the work before the rainy season,” NARTO National President, Yusuf Othman, had also stated.

The NNPC is financing the programme through the Road Infrastructure Tax Credit Scheme in collaboration with the federal ministry of works and housing and the Federal Inland Revenue Service (FIRS).

But speaking at the weekend during the inspection of the ongoing work on the Suleja- Minna highway, Phase I and II; and the reconstruction of Lambata -Lapai-Bida road in Niger State which are among the roads to be financed under the scheme, Director, Highways Construction and Rehabilitation, Mr Folorunso Esan, stated that work had since started on the roads.

Esan said that adequate funds had been released to the contractors through the governance process established to ensure prompt delivery of the road projects, adding that no contractor had any reason not to deliver as scheduled.

The ministry clarified that given the governance process put in place for the scheme, it was impossible for the ministry officials or any other person to “hijack” the funds for any other purpose as was recently alleged.

It also noted that with many of the construction companies just resuming from the yuletide break, work had resumed on the sites, with earth works progressing.

He disclosed that the inspection team was among others reasons, on site to prevail on the contractors to accelerate work to ensure early completion and delivery of the roads.

Esan said the ministry would carry out the appropriate tests to determine the quality and the durability of the construction work to ensure compliance with acceptable standard.

“We are expecting that before the rainy season, all the challenging spots will be addressed so that the outcry from the truck and tanker drivers will not be there,” he added.

According to the director, inadequate funding which used to be a major challenge has been permanently solved through the NNPC scheme because the company would fund the road projects to completion.

He added that the Suleja-Minna “dualisation”, which was projected to be completed in January 2024 would be completed much earlier due to the availability of fund.

On the Bida- Lapai-Lambata road, the Federal Controller of Works, Niger State, Samotu Moshood, explained that 46 kilometres, amounting to 36 per cent of the work had been completed.

The Project Manager of Messrs. Salini Nigeria Limited, Daniel Kassa, the contractor handling the Suleja-Minna Road, disclosed that the company had been fully mobilised to the site with adequate funds.

Xian who lamented that scarcity of water, was currently a hindrance to the progress of work with the onset of dry season, assured road users that the bad spots would have been worked on before the rainy season.