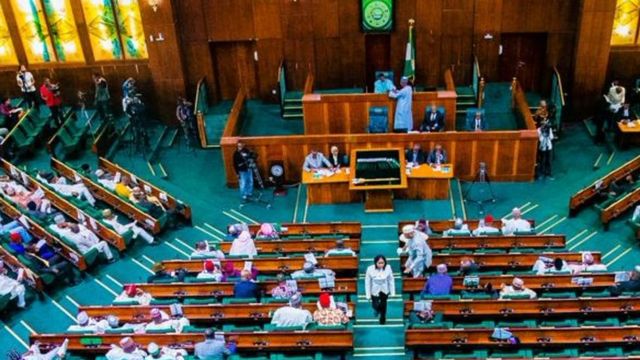 Following the the adoption of a motion sponsored by Hon. Mansur Manu Soro at the plenary yesterday, Nigeria’s House of Representatives called on the Works and Housing Ministry to commence the process of disposing of houses constructed under the National Housing Programme to most deserving Nigerians in earnest

To this end, it also mandated the House Committee on Housing and Habitat to interface with the Ministry in ensuring compliance.

Moving the motion, Soro noted that since 2015, Nigeria has been contending with over 15 million housing deficit, which requires about 150,000 houses to be built yearly to bridge the gap.

The lawmaker recalled that the National Housing Programme (Phase I) was launched in January 2016, with the construction of 2,500 units of houses in the 36 states and the Phase II of the programme was launched in 2018.

He said the House is also aware that nearly 4,000 houses have been completed and have remained unoccupied, adding that if not disposed of to interested and deserving Nigerians, they may begin to wear out, a development that will not address the housing deficit in Nigeria.

Also at the plenary, the House while adopting a motion sponsored by Hon. Chinedu Ogah, urged the Federal Ministry of Humanitarian Affairs and Disaster Management to urgently mobilise relief materials to victims of flood disaster in Amagu, Item-Amagu, Echara, Enyimagu, Alike and other major communities in Ikwo Local Government of Ebonyi State.

The lawmakers also urged the federal government to embark on the immediate evacuation and resettlement of inhabitants of the affected communities to a temporary camp for displaced persons.