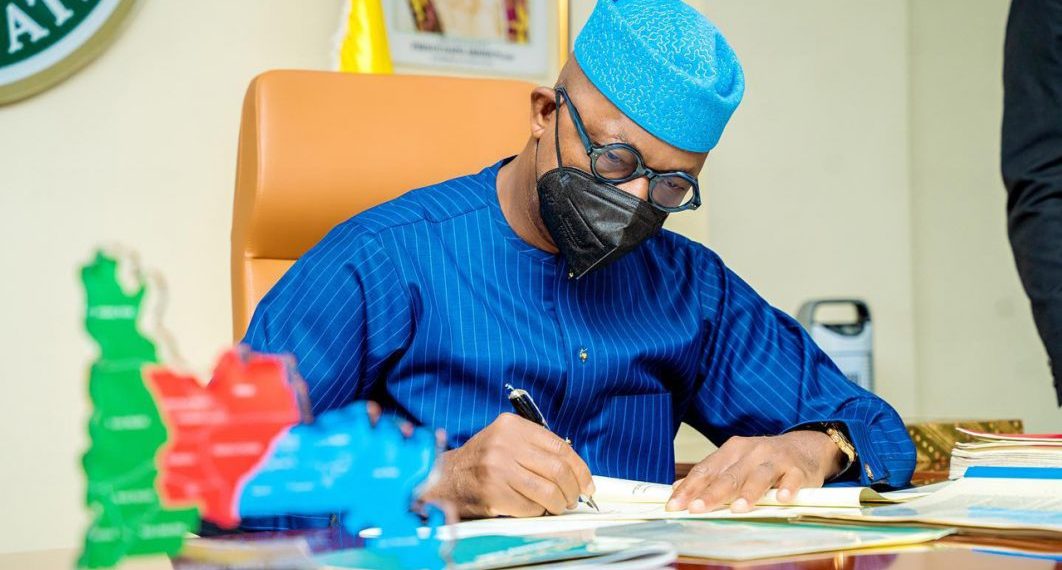 On the order of the Governor of Ogun State , Prince Dapo Abiodun, the Government has pulled down a block of classrooms at Nazareth High School, Imeko in Imeko Afon Local Government Area of the state.

The building, which recently became distressed and partially collapsed on a group of students, killing one and injuring two others in the process, was demolished over the weekend.

Prince Dapo further directed the immediate reconstruction of the demolished block of classrooms and hinted that any other public building found to be distressed would be pulled down and reconstructed.

According to a statement by the Chief Press Secretary to Governor Prince Dapo, Mr. Kunle Somorin, the demolition was supervised by the State Commissioner for Housing, Jagunmolu Omoniyi and other top government officials to ensure the exercise was properly carried out.

“The state carried out the demolition of the school building in the larger public interest. The building was discovered to have become weak and could collapse and injure more students if not demolished. We’ll rather pull such weak and aged structures down than allow pupils’ lives to be endangered”, said the statement.

It also hinted that no effort will be spared to prevail on owners of weak buildings, whether premises, schools or private residences – to ensure due process and best practices in consonance with the State Building Control Regulations.

“Any building, at all, posing threats to life and property within the state will be pulled down because we cannot compromise citizens’ welfare and wellbeing in the name of managing sub-standard structures and with a view to ensuring better physical planning environment for sustainable development and averting needless loss of lives and properties,” he quoted the governor as instructing.

“All identified highly distressed structures, particularly public buildings like schools, hospitals, maternity or health centres will be tested for their structural integrity to be determined and where they fail the integrity test, such buildings would be pulled down and reconstructed”.