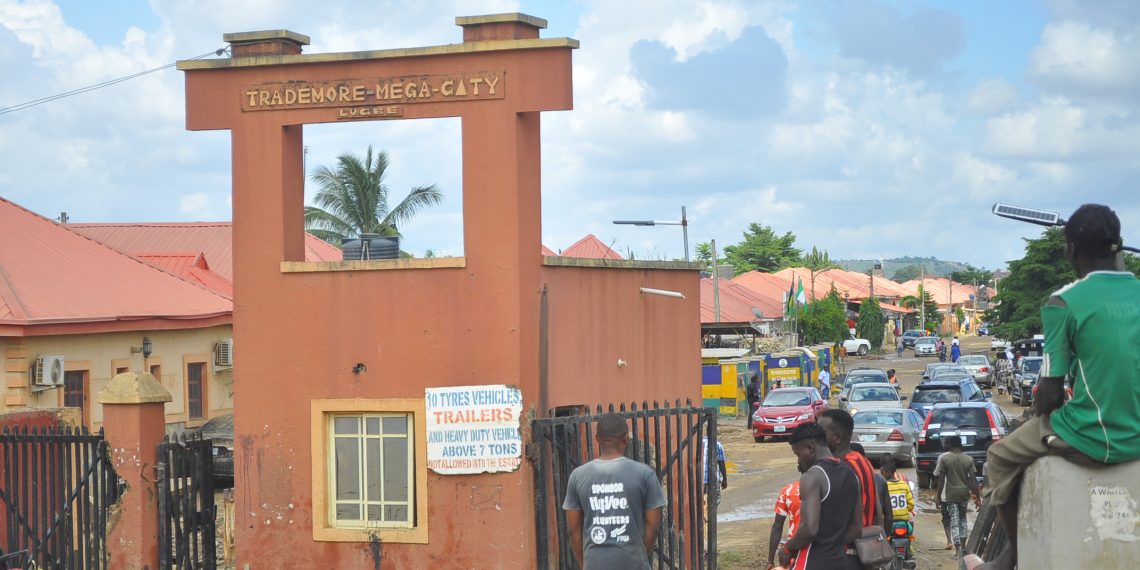 As residents of Trademore Estate in Lugbe, one of the outskirts towns of Nigeria’s capital city, Abuja, are still coming to grips of the flood that engulfed the area few days ago, with few deaths and lots of properties destroyed, Viewpoint paid a visit to the area to get reactions from residents who were affected either with previous flooding that had hit the area or the present.

And as anticipated, we were met with raging faces accusing the government for not being sincere with the masses in looking after their wellbeing, others criticized the management of Trademore Estate, including the contractors that did the construction of the buildings.

The first reaction we got was from Mr. Emmanuel Odili, a man guessed to be in his early sixties. He said “everywhere here was flooded and I think it came from Lugbe side. That was where it has been raining for 2 to 3 hours, we have been hearin the sounds. that was like 5 to 6 pm and it came to cut us off here and everywhere became flooded, everything you are seeing there.

While still speaking with Odili, our attention was drawn to a woman Mrs. Emoefe in her car vehemently expressing her displeasure at the flood mishap and the circumstances that had always led to it, one of which she identified as poor handling of construction work. She specifically accused the Works and Housing Minister, Barr. Babatunde Fashola.

Having appealed to her to come down and speak, she said “I live in the place, this is my eleventh year now. We have Trademore Phases 1,2,3 and 4. The problem is Mbaka, the contractor MIMFA the developer did rubbish work. I was around when the Minister and so will come to Trademore and they will take them to Phase 4 because it well built, no issue. From the scratch to the top, Phase 4 is the best. He will take them there for, is it oversight or whatever? Whereas, this place, anytime it rains, except you are not a human being.

“I even got drowned with my children, we got to the water and people were shouting go back. if I had not heed to it, I and my children would have been written off. We believe that Development Control is collecting money from the developer, that is what we the residents are saying. Eleven years, there is no year whenever it rains, one or two persons will not die.

“This is one of the worst disasters that has happened. The other Civil Defence man (a victim who lost his life and kids), he just finished from a Barber Shop, entered the rain and that was how it him away with his two kids. Why I am saying this is because it’s touching me inside, it’s painful. We have good edifice in this area but Trademore is the worst.

“They created a police post, yes, to do what? To safeguard lives but, when it rains, all those detainees will be flooded and it’s affecting the personnel there”.

Having been introduced to the president of the Real Estate Developers Association of Nigeria (REDAN), Alhaji Aliyu Wamakko by the Publicity Secretary, Mallam Ahmed Goringo, she continued facing Wamakko, “as the president of REDAN, immediately an approval is been given for anybody to go and make out an estate, they should check from the beginning whatever materials they are using. Places that one can use 20 bags of cement for, in Trademore, they use 6.

“When they were doing mine, I was there from scratch. The man said, madam, it’s 20 bags of cements but, I said no, I will give you 40. Today, if people’s own are going down, mine is standing gidibam because I watched them from the beginning to the end.

“This was the first supermarket we had here (pointing to a shop) but, the first rain that drop, everything the young man suffered for gone. So, they did one drainage there, I don’t know what they did. There is no way, you cannot block flow of water. Once there is a passage, it must go. The developers collected money from people and they will be blocking everywhere. Imagine, what is that supermarket doing at that bridge over there?

Because of the economy, the Nigerian economy is not juicy now, we don’t have where to go. Except, they promise us that temporary, move out of this place but, if you tell everybody here to move, where are you taking them to? Yesterday, someone spoke on AIT that they are not going anywhere, yes, I bought that idea. Where do you want him to go? Houses are expensive.

“We are not blaming Buhari, we have people working with him. The Minister of Works, Fashola is not doing his work. I will open my face, video me and let me talk to him. He is a liar, what is he doing in Ministry of Works? Things are going bad in this country”, Mrs. Emoefe concluded.