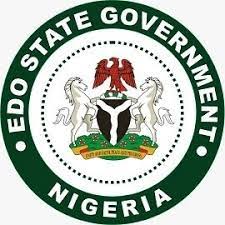 The Director of Edo State Emergency Management Agency (SEMA), Mrs Carol Odion said in Benin City, the Edo State capital that it has made adequate arrangements to mitigate flooding in the state as the year runs out. She expressed this while answering questions during a survey on preparedness of South-South states for predicted 2021 flooding.

While confirming that aside carrying out advocacy and sensitisation programmes across the 18 Local Government Areas of the state, the agency had also met with relevant stakeholders on the issue of flooding, she also said that the agency had prepared the temporary shelters for the Internally Displaced Persons (IDPs) ahead of any emergency evacuation.

“We have cleared and prepared the IDPs camp in case of any flooding. We have worked on the camps in Etsako Central and Esan South-East local government areas, she said.

“We have some relief materials like beddings and foodstuffs received from the Nigerian Maritime Administration and Safety Agency to cater for these persons in case of evacuation. We have carried out advocacy and sensitisation programme across the state, we have also advised those in the riverine areas on the need to move to the upland,” Odion said.