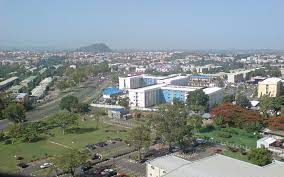 Government officials and property developers are divided over the prospects of the Federal Capital Development Authority (FCDA) land swap initiative, following the Federal Executive Council approval of the scheme.

While some property developers believe that years of suspension have cast a doubt on the programme and devaluation of the naira will escalate cost of infrastructure, others say a new start will boast housing delivery and attract foreign investors.

The scheme which is worth the range of N1 trillion, initiated by the Minister of the FCT, Senator Bala Mohammed was meant to provide solutions for the infrastructure deficits in Nigeria’s capital, Abuja, through land swapping with private investors who are expected to in turn, make provision of the necessary infrastructures.

Under the scheme, Greenfield lands are given to real estate developers on the hope of providing infrastructures like roads, electricity, potable water, drainages, and sewer lines, communication ducts to residents without any financial or technical demand on the government.

However, recently, the National Assembly’s House of Representatives faulted the initiative, citing negation contrary to the provisions of the “original Abuja Master Plan”, as well as a misplacement of priority in the direction of the physical development of the city.

It said that if the programme were to be allowed to materialise, it would only succeed in creating development islands and brazen evidence of uncoordinated development.

According to a report by the Nigerian Guardian, the land transaction began in 2014 but, became controversial, the planned phases and pilot project, which was supposed to have commenced at Katampe District, was halted.

It was also gathered that some investors had already paid registration fee of N350 million each and were hopeful of it getting through. However, it was stalled midway for lack of clarity.

A member of the Real Estate Developers Association of Nigeria (REDAN), Malam Ahmed Goringo, said the land swap in FCT was coming a bit late, seven years after the project was initiated.

According to Goringo, at the time it began, exchange rate was N150 to one dollar when the FCT requested investors to pay certain amount of money, and “we understand that three or more companies had paid their registration fee to move to sites.

“Today, one dollar is going for almost N500. So, it will be very costly for foreign investors to invest in the capital city. Who are they going to sell the land to because goods and services have gone up”? He asked.