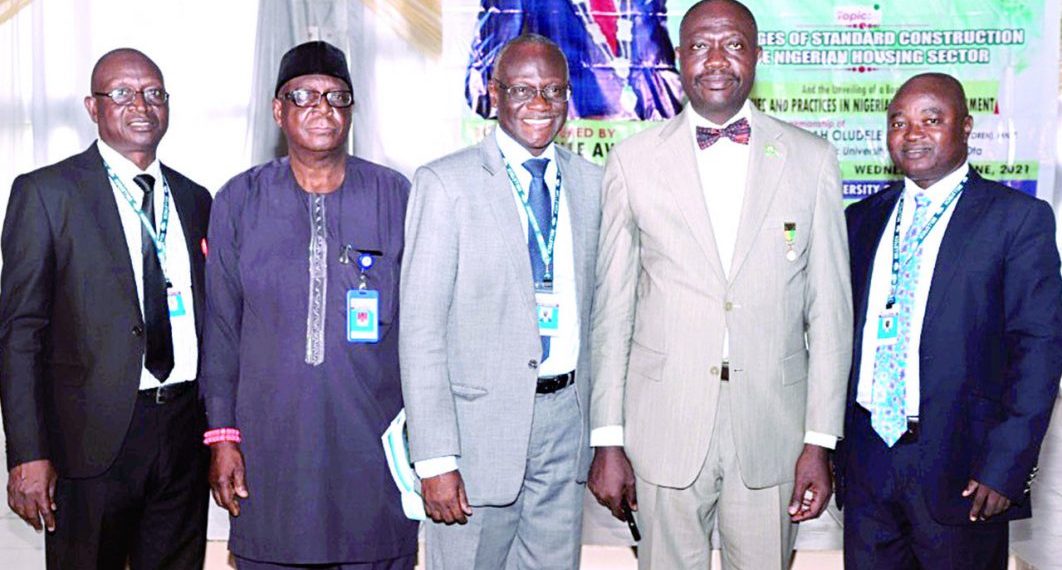 Worried by decades of underinvestment in the real estate sector, the Nigerian Institute of Building (NIOB) has urged stakeholders to address challenges limiting housing development in the country.

The president of the institute, Mr. Kunle Awobodu, who spoke at the Bells University of Technology, Ota, 9th college lecture organised by the College of Environmental Sciences, expressed dismay that despite the importance of housing to human, its production is faced with multifarious challenges, which affect supply and affordability.

Some of these challenges, he said, needs introspection and appropriate actions by the authorities.

Awobodu said the issues militating against growth in the sector include, land inaccessibility and registration, bureaucratic process, high costs of property development, slow rate of technology adoption, multiple taxations, limited source of funding, lack of or non-use of competent professionals and lack of infrastructure.

Others, he said are, the omo-onile syndrome, inadequately planned and/or inadequately implemented housing policies and substandard construction.

According to him, the lack of primary infrastructure such as roads, water, electricity and others account for about 30 per cent of housing cost.

He noted that in Nigeria, contractors rely on the government for the provision of infrastructural facilities and services. “When these are missing, the contractors provide this infrastructure and build the cost into the houses they develop and this increases its cost.

To curb this, he urged the government to provide basic infrastructure across the country.

He particularly lamented the limited success in the implementation of housing policies due in part to the lack of effective coordination and integration of the policies at various stages and strata of the society.

Various ministries and states, he explained have different policies on housing for their employees. This non-synchronisation, Awobodu said gives rise to different objectives and incentives, which further hinder the implementation of these policies.

With the availability of all the key factors for housing development, which are, a growing middle-class population, growth in consumption and rapid urbanisation, the NIOB boss stated that financing was a problem both for property developers and prospective homeowners.

“Whether you’re thinking of investing in property financing or securing real estate loans for financing a personal home purchase, you will still have to deal with the familiar problem of insufficient capital sooner or later. It is pertinent to note that the government has realised this and is reviewing the entire process of accessing mortgages, so as to bring it within reach of beneficiaries.”

“Most Nigerian contractors are quacks, which place more emphasis on money and initial mobilisation fee instead of getting the right workforce and professionals that will execute the project. When this becomes the case, the workforce is chosen based on availability and not competence and having the right skills. Experts have blamed incompetent artisans and weak supervision of workmen as one of the major reasons for building collapse.”

He called on the “government to enforce laws that permit only qualified professionals to execute construction projects.”

“The housing deficit is a big problem, the macro problem. However, this problem is better understood or resolved through addressing inter-connected problems in the housing delivery value chain. The problems in the value chain include but are not limited to the availability of resources but also their management in the appropriate technological and technical contexts.

“A bigger problem is the incorporation of materials whether standard or substandard through substandard processes by untrained, incompetent and unlicensed individuals generally referred to as quacks in our land,” Awobodu said. The Guardian