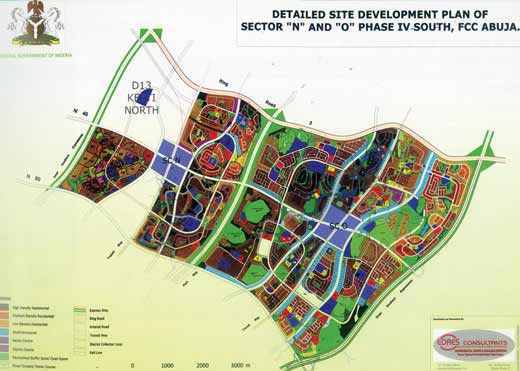 The Land Swap Initiative launched the pilot Land Swap project in Abuja in Feb. 2015 the process was carried out by the then Vice President, Mohammed Namadi Sambo, with the hopes that by now the Federal Capital City (FCC) would have been progressing massively in terms of affordable housing and infrastructural transformations. But this is a programme that its lifespan is beyond a single administration. Sustainability became the concern of many investors. In fact, concerns were rife that land swap might die should the People’s Democratic Party (PDP) lose election but, as government is a continues process, the All Progressive Party (APC) took over from where the previous government stopped.

Sadly, since change of government in 2015, stakeholders have seen lack of interest in the land swap project. This happened when investors had already committed millions of naira to the project. Each investor was made to put down N350 million as commitment to work. Some of them had even mobilized to site and started work and had to stop.

The Minister of the Federal Capital Territory (FCT) Muhammed Bello, stated it at the closure of the council meeting which was presided by President Muhammadu Buhari on Wednesday at the presidential villa, Abuja.

Bello revealed that the continuation of the initiative came up as a memo he submitted to the council, stating that some adjustments have been made to the original state of the initiative by establishing an authorized structure to safeguard all involved.  FCT (the government) as well as up-takers would be protected too.

Bello stated that he is positive, that the initiative of land swap would reduce the huge housing deficit experienced in the FCT.

With the rebirth of the initiative, it will only be fair and linnet if the present administration does something about the former price spent because as of February 2015 when it was initiated, the dollar rate was $1 USD = ₦204.3373 but as of today 17th of June 2021, the dollar rate is at $1 USD = ₦491.17. the exchange rate has changed drastically and it is definitely going to affect the advancement and progress of the project.

Because it can be recalled that Investors made an initial commitment fee of N350 million in 2014. At that time, it was N150 to a dollar. So it was $2 million initial investment in the project. “Beyond that $2 million — N350 million as at that time, investors spent additional sums of money in financial obligations to third parties in engaging consultants. “So each investor would have invested additional N300 million to N400 million to that. So each investor would have spent close to a billion at that time. And the naira was still strong at 150 to the dollar. That is to say it will be good and helpful if there can be an agreement from the government to assist investors on funds put into the project.

Land swap has improved the housing development in the United Arab Emirates (UAE) and Singapore. If properly managed and carried out here in Nigeria It can meet up to the same goals.

The land swap project will generate over N1 trillion to develop Abuja phase 4 by creating over 100,000 jobs to kick start the post Covid 19 economic recovery in the FCT.