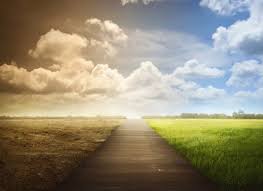 Climate change: How 1.5C could change the world

Nigeria ratified the Paris agreement in 2017 and has since, among others, pledged to cut carbon emissions conditionally (with international support) by 45 per cent and unconditionally (without international support) by 20 per cent by 2030 in its first Nationally Determined Contributions. However, Nigeria still lacks the required legal and regulatory provisions to back its climate ambitions, climate activists have said.

Speaking with PREMIUM TIMES, the activists therefore called for the passage of the Nigerian Climate Change Bill to foster Nigeria’s climate actions.

The Minister of State for Environment, Sharon Ikeazor, recently called for the speedy passage of the Climate Change Bill into law. She made this call at the meeting of the National Council on Environment which was held from April 7 to 9. Speaking at the opening of the event, she said the passing of the bill into law is “necessary so as to have a legal instrument that would address the myriads of climate change actions and challenges in the country.”

The Climate Change Bill, which she noted has passed second reading on the floor of the House, seeks to provide a legal framework for mainstreaming climate change responses and actions into government policy formulation and implementation. An earlier version of the bill was initially sent to President Buhari but was rejected in 2019.

He further argued that the delay in the passage of the bill has effects on Nigerian society and the effort to tackle climate change. According to him, “a lot of activities are done in a way whereby people don’t know what is guiding them. People just do anything the way they do.”

If the bill is passed into law, he said, activities of people and businesses will be checked to avoid damaging impacts on the environment.

“In our environment now, when an oil company violates rules, what happens? Nothing really happens. That’s why it [the bill] is very important.”

He said without the passage of the bill into law “we will continue to put profit over people. Then the people in the grassroot will be suffering…For me I just felt that it is overdue, it is taking too long for us to have the climate change bill” passed into law.

Also Seyifunmi Adebote, an environmentalist and host of Climate Talk Podcast, also called for the passage of the bill.

Speaking on the impact of the delay in the passage of the bill, he said “primarily, it just reflects that Nigeria will be perceived as a country that is not serious when it comes to responding to climate change either through adaptation or through the climate mitigation approach.

The reason why Nigeria as a country has not been able to benefit from the so-called available financial instruments and structures to address climate change is because we really do not have that legal structure, we do not have legal backing to really put us in good light when it comes to the country’s position on climate change and gas emission etc.”

He argued that “if the bill is eventually passed into law, I think it would help Nigeria, sort of put a foundation for us to check the environmental component of all that we do. It will also help to put a very strong legal structure to businesses, it’s just going to provide a very solid legal framework that will guide the whole climate action for the country.”

“As it is very important for us to push for the climate change bill to be passed into law, what is more important is the content of the bill. So as much as possible, the public reading should really be public reading, readings where it is available to the public. The draft of this should not just lie with the ministry or the desk of a particular officer. There should be broad/wide consultation among people who really understand these issues. That way, the bill can really be drafted in a way that can meet a need. Because it will be very sad if the bill is a very shady one that really does not speak to the issues on ground and it is passed.

‘As much as we are pushing for the bill to be passed, we must also equally push for the content of the bill to adequately capture what we think should be Nigeria’s response to climate change,” he concluded.