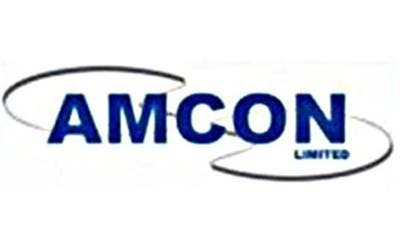 Residents and landlords of Victory Park Estate, Lekki, Lagos State, have accused the Asset Management Corporation of Nigeria AMCON, of harassment over their property despite pending court cases and orders.

Two of such cases were filed by Mrs B. Ibude and Mr Okechukwu Okoli and his wife against AMCON and its receiver-manager Mr Lanre Olaoluwa.

The plaintiffs obtained injunctions against the respondents AMCON and Olaoluwa appealed. The estate spans almost 50 hectares of land and is one of the gated communities in the Igbokushu area of Lekki Peninsula Scheme 1.

The residents are accusing AMCON and its receiver-manager of outright disregard for law and order and illegal use of official powers.

They claimed to have bought plots of land in the estate from Grant Properties Ltd, a company promoted by the late Rev Olajide Awosedo and his family, and obtained the relevant title documents.

According to them, in 2003, Grant Properties and Knight Rook approached some of them individually and offered them plots in the estate, following which they invested their hard-earned money and life savings, while others obtained mortgage loans.

The residents said before paying, they carried out checks to ascertain that there were no caveats in the Lands Registry or the Corporate Affairs Commission, CAC. Assured that the coast was clear, they purchased their various plots legally from Grant Properties/Knight Rook, the only companies authorised to sell plots of land in the estate.

The homeowners said they found that at the time of purchasing the plots of land, Knight Rook’s title to the estate was free from any encumbrance, as no mortgage, pledge or charge had been obtained against it by any financial institution or any other company.

The homeowners said from 2003 till June 2017, they continued to buy into the estate; some developed their property and started living in the estate without harassment.

They also registered their titles, obtained the consent of the Governor and paid their Land Use Charge as and when due.

Issues arose when AMCON moved to recover alleged credit facilities granted to the late Awosedo, the chairman of Grant Properties Limited and Knight Rook Ltd, which executed the title documents to the property in the estate.

To the residents’ shock, sometime in June 2017, they woke to a publication that Knight Rook, the owner of the global certificate of occupancy over Victory Park Estate, was in receivership with other companies over a loan Grant Properties Ltd allegedly took from banks.

According to the residents, following the steps taken to recover the outstanding indebtedness, the late Awosedo and other shareholders of Knight Rook purportedly transferred their shares to the nominees of the banks and resigned their positions as directors, thereby relinquishing their right to continue to act as such.

The plaintiffs alleged that despite the removal of the Awosedos from Knight Rook Ltd, an agreement was entered into sometime in 2006 by the banks with Grant Properties Ltd to market and sell the land at Victory Park Estate and remit proceeds to the banks.

The residents said it was very puzzling that from 2006 until AMCON’s publication of putting the companies in receivership in 2017, members of the public were made to believe that the Awosedos were executing the banks’ instructions.

AMCON appointed Mr Olaoluwa as receiver/manager to take over the assets of Knight Rook Ltd and its parent company, Grant Properties Ltd. The receiver/manager obtained an ex-parte order in a suit numbered FHC/AB/CS/69/16.

The order granted him the power to dispose or take possession of several properties in the estate, pending the conclusion of the debt recovery proceedings against Knight Rook Ltd and Grant Properties Ltd.

The residents alleged that under the guise of performing his functions, the receiver/manager has continued to make life unbearable for them.

AMCON and Olaoluwa, they said, are not only taking over unoccupied and undeveloped property, but the ones in occupation, with residents being forced out with thugs and the police.

The plaintiffs said many of the plots targeted by AMCON were already sold to third parties before the take-over by the banks and the eventual transfer of the assets to AMCON. To them, the property cannot form part of the assets of Knight Rook Ltd.

AMCON is laying claims to all the land in Victory Park Estate, whether already sold and developed. But the residents and homeowners said the agency has continued to harass innocent bonafide purchasers for value without notice of their interest, thereby bringing untold hardship, anguish and pain to them.

The residents said they tried unsuccessfully to explain the situation to the receiver/manager, with several meetings held in a bid to establish ownership.

The Victory Park Homeowners and Residents Association met with both AMCON and the receiver/manager in a bid to amicably resolve the issue. Effort to settle out of court failed. The residents accused Olaoluwa of employing “despicable methods” to dislodge people from their properties, even allegedly selling to third parties and preventing the legal owners from building and accessing their properties.

Out of pure frustration from constant harassment, a family is said to have finalized plans to relocate to another country.

The residents/homeowners said some of them were forced to repurchase their property and “regularise” their title at exorbitant prices or forfeit them. Some were asked to revalidate their title to plots of land they legally acquired from Knight Rook Ltd for a sum more than what they had bought the plots.

Many of the residents have instituted actions seeking declarations, injunctions and orders preventing AMCON, Olaoluwa and his agents from trespassing on the plots of land pending the court’s decision.

Mr and Mrs Okoli filed the suit numbered LD/8277LMW/19 against Olaoluwa and AMCON. They are challenging their forceful ejection from their property, which they claim has been purportedly sold to third parties by AMCON and Mr Olaoluwa.

According to them, the property was sold despite the restraining order against AMCON and Olaoluwa. AMCON has unsuccessfully challenged these orders of court, with the plaintiffs accusing the agency of disregarding the age-long principle of lis pendens that enjoins parties who have submitted their disputes to the court from attempting to render the eventual decision nugatory through self-help.

“This is inconsistent with the provisions of the Constitution and is therefore declared null and void to the extent of its inconsistency.”

The residents/homeowners said despite the pending suits and the court orders, AMCON and its receiver/manager have consistently acted as if the orders were not worth the price of the paper they are written on.

AMCON and its receiver/manager appealed the court orders for status quo. But the homeowners said the agency has continued to disregard the sanctity of court by selling the legally-owned properties to third parties while the court is yet to determine the rights and obligations of the parties.

They are also urging President Muhammadu Buhari, Governor Babajide Sanwo-Olu, AMCON Chairman Edward Lametek Adamu and its Managing Director, Lawan Kuru, to intervene as the agency is not above the law.

They condemned the alleged impunity being displayed by the receiver-manager and plead with the President and the governor to call AMCON to order over the harassment and persecution of the legitimate residents and owners of the Victory Park Estate.

The homeowners also urged the Inspector-General of Police, Mohammed Adamu, to direct his men not to allow themselves to be used by AMCON and its receiver-manager to disturb the peace of the residents and property owners.

According to the residents, the issues could degenerate to social unrest if AMCON and its agents are not called to order, as the agency, they insisted, is not above the rule of law and cannot willfully disrespect the powers of the court by taking over the properties of Nigerians without legal backing. Vanguard

Ned Nwoko accuses kinsmen of plans to kill him over land