by viewpoint
in Feature, Cities, Environment
0 0
0 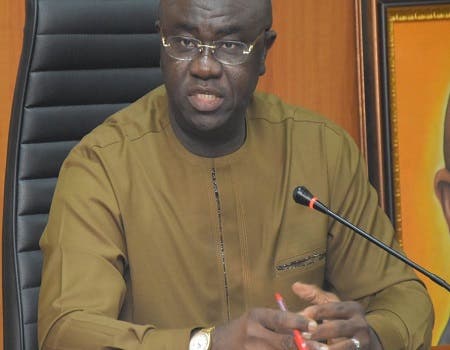 Minister of State for Budget and National Planning, Mr Clem Agba, on Tuesday, announced that President Muhammadu Buhari had released N34 billion for the construction of 377 rural roads in 266 communities in the six Geo-Political zone of the country.

Agba added that the 377 rural roads project was aimed at stopping post-harvest wastages of agricultural produce.

The minister stated this when he visited the palace of Agadagba of Olodiama, Godwin Ogunyibo, during the inspection of the ongoing 9km Igo – Ikpella rural road project in Ovia North Local Government Area of Edo State.

He added that the President’s decision to embark on the rural roads project was because of his concern for post-harvest losses suffered by farmers who are mostly rural dwellers of the country, hence the specific directive by the president that the roads must be in agro corridors.

“As part of the Economy Sustainability Plan of the President, especially as part of the effort to mitigate against the post-Covid-19 pandemic, his attention is particularly on agriculture,” Agba

“The farmers suffer a lot of post-harvest losses in the absence of storage facilities. You go to the river to catch fish before you get to the market the fish turns bad. Over 50 per cent of our mango harvested yearly is wasted,” Agba lamented, adding that the only way the government could encourage investors and farmers in the rural areas is by building the rural roads.

He added that aside the N34 billion for the rural roads, the sum of N60 billion had also been released for the maintenance of 257 federal roads across the six geo-political zone.

“This maintenance work is being supervised by the Federal Road Maintenance Agency (FERMA),” he stated and urged the people of the communities where these roads are cited to cooperate with the contractors for quality work.

In his remark, the traditional head of Olodiama, Ogunyibo, commended President Buhari, for the project and said that the project would enhance the livelihood of the people.

The 377 rural roads, Tribune Online gathered, are being supervised by the Federal Ministry of Agriculture and Rural Development. Tribune