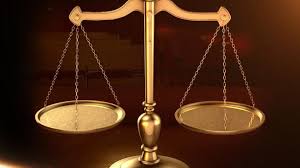 A developer was today arrested by a joint team of the department of Development Control and the Abuja Environmental Protection Board (AEPB) for cutting down six mature trees around his construction site.

Middle aged Mr Daniel John was quizzed in the early hours of Friday while supervising work on his site at Lobito Cresent, Wuse II, Abuja.

Director, Department of Development Control, Murktar Galadima, while speaking to journalists during the arrest disclosed that the developer committed two offences, felling down of the purpose trees without permission from the authorities and deviating from the approved plan for the project.

He therefore vowed that the developer and others who destroy trees in Abuja to protect the city from extreme heat and cool the environment, shall be prosecuted in accordance with extant laws.

Galadima further revealed that the Architect handling the building project, who aided in committing the offences has been reported to the Architect Registration Council for appropriate disciplinary actions for unprofessional conducts.

“We have just been told that some people are cutting trees in the night, the owners of this building obviously are cutting the trees, because they want more visibility for their commercial building. Evidently, we have seen six tree stumps not yet removed.

“We are going to use FCT Tree Presevation Order and AEPB Act to prosecute them. We have also marked the building under construction because they have converted the parking lots into shops, despite our repeated service of stop work notice”, he said.

AEPB Director, Baba Shehu Lawal who also spoke, stated that tbe FCT Administration was pained by the destruction of the trees, because they were planted with public funds and nurtured over a period of more than ten year for the purpose of protecting the environment.

Lawal wondered that if everyone would arbitrarily cut down trees in such a manner the developer did, Abuja would become too hot because there won’t be trees to provide the natural cooling system.
He also warned those dumping construction wastes on Abuja roads to remove the and desist from such illegal practice of face the law.

Below: Some pictures of branches of the fallen trees, the building under construction and stop work notice served for deviating from the building plan approval.