OPINION: Commitment to protecting human rights of all citizens 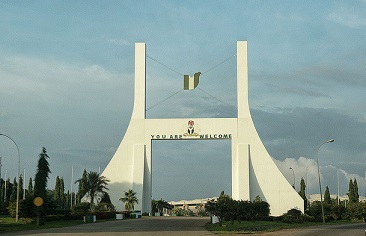 In our civilized society of today, everybody has the right to be listened to. All individuals should also have the obligation to respect the rights of others. The promulgation of laws governing our society took cognizant of both our social and moral norms. As described; social norms are what people in a given society are expected to do, not only because such behavior is usual, but also because is deemed good. While moral norms are norms we have to follow according to the doctrines of our religion or conscience. The fusion of these norms gave birth to legal norm, which violation is punishable. In other words laws are made to respect general interest, or for enforcements of overriding public interest.

In developing a plan for the new capital city which is for all the people, the varied ways in which Nigerian cities evolved and related was not ignored. The African neighbourliness, brotherhood and family ties which made us identify our close and distant relations as ours, is unique, best and incomparable to any foreign culture. While preparing the master plan it has been identified that major short comings in the past planning for Nigerian cities has been the failure to recognize and accommodate the indigenous patterns of urban organization and adaptation already present in the country. Nigeria has an important urban tradition. The tradition includes how people lived both in cities with ancient roots dating back centuries, and in new towns created during the colonial periods. The new capital city of Nigeria must preserve and build on that which is unique and valuable in Nigerian’s urban tradition.

The cultural pluralism of Nigeria suggests that the city plan must simultaneously permit the different segments of the Nigerian population to maintain an important degree of continuity with their social and cultural traditions while encouraging, where appropriate, amalgamation of the various streams of urban tradition and lifestyle into a new and common modern Nigerian urban context. An important ingredient in the development of the master plan, therefore, has been a review of the relationships that have developed between social and physical aspects in existing Nigerian cities. Three key urban planning and design issues were considered. These are overall urban form, role of central public spaces and organization of residential areas.

Abiding by the principle of respecting our various traditional and cultural settings, the result of the foregoing analysis led to the adoption of the neighbourhood concept for the planning of Abuja City. This translates to our collective and overriding public interest. In addition land uses are zoned to ensure compatibility. It is expected that a property owner respects the feelings, and not to engage in activities that shall be inimical to the wellbeing of his neighbour.

Included in the plan is the provision of all necessary infrastructure and facilities to provide the basic needs of all neighbouhood residents, without traversing major arterial roads. These include facilities like corner shops, clinic, primary school etc. Areas earmarked for City greening are administered by the Park and Recreations Department, to further ensure livability with the provision of relaxation points within the neighbourhood.

The City Government is also committed to the protection of the rights of all the City residents, because laws for ensuring peaceful and harmonious coexistence are not for the protection of individuals. If residents’ rights are violated by the activities of neighbours avenue for complains are provided through the relevant FCTA Agencies. Unfortunately, all complains of violation of rights from adjoining property users are due to violations of land uses.

The challenges being encountered in City management are from two conflicting interests. On one side are the distressed neighbours, who are victims of violations and who seek for righting the wrong so that they could be relieved of nuisances upsetting serenities in their homes. While on the other hand there are the aggressors who are the violators of rules and regulations guiding park regulations, or changing land uses, and who will go to all lengths to ensure the continuation of their illegalities, for the benefit of fun seekers, irrespective of the discomfort subjected to the other adjoining users. The aggressors view all enforcement notices by the City management agencies as violation of their fundamental human rights, thereby subjecting the agencies to litigations and petitions, some at the National Human Rights Commission. We are left to ponder on, whose fundamental human rights are actually being violated, between those aggrieved and the aggressors.

Hinged on the legal provision of overriding public interest, adequate provisions and instruments of operation are provided for the defense of the relevant agencies for enforcement. They include Urban and Regional Planning Law 1992, AEPB Act No. 10 of 1997, Abuja Park Regulations 2005 and the most recently gazette 2019 FCT Park policy. The earlier we realize that respect must be accorded to the feelings and interests of our fellow citizen and the greater majority the better for our communities. The relevant agencies must never relent on ensuring that the rights of all citizens are never violated.