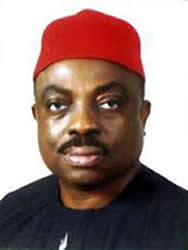 The chairman made the request when he led the board of commissioners and management of the commission on a visit to the FCT Minister on Thursday.

Egbule lamented that the commission which came into existence 25 years ago does not have a property to call its own.

As a result, he disclosed that the various departments and units of the commission are scattered in various parts of Abuja making operations and supervision of the commission’s staff very difficult.

Responding, the FCT Minister welcomed the chairman and his team and assured them that FCT administration will help the commission in its quest for a befitting accommodation.

The minister lamented that while some establishments are eager to obtain plots for the development of their secretariats, some that have benefited from plot allocations are either dragging their feet to develop their plots or have proved incapable of doing so.

He disclosed that government intends to revoke such plots for re-allocation to establishments that are ready to develop.

Bello noted that government is bridging the housing gap in FCT by emphasizing mass housing, especially through workers cooperatives.

Bello commended the commission for its support in the efforts towards establishing the right salaries for the teeming workforce of the country, a task, he noted, the commission has discharged creditably over time.