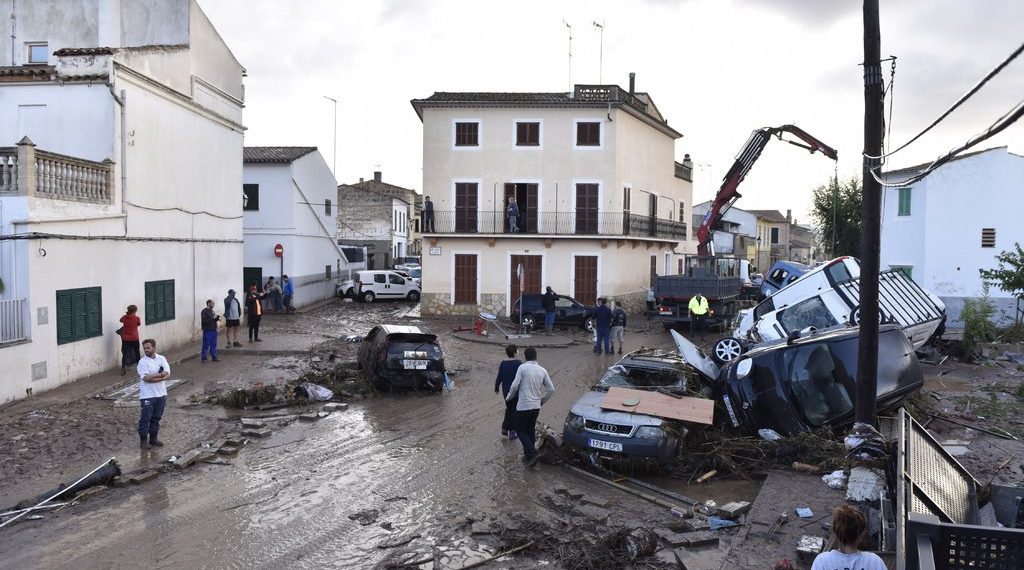 MADRID — Flash floods caused by torrential rains killed at least 10 people on the Spanish island of Majorca and burst the banks of a river, washing away vehicles and engulfing a town in muddy water.

Hundreds of emergency workers, with the help of helicopters and sniffer dogs, were searching throughout the day for other victims, and one child was still missing as of Wednesday evening.

The flood hit Tuesday night and cut off the town of Sant Llorenç des Cardassar, which is home to about 8,000 people and is about 40 miles from Palma, the island’s capital city.

On Wednesday morning, an official from the region told Cadena Ser, a Spanish radio station, that the victims included a British couple who had been traveling in a taxi that was caught in the flash flood. The taxi driver is missing, according to the official, Catalina Cladera.

One of the other victims was reported to be the former mayor of the municipality, Rafael Gili, 71.

Prime Minister Pedro Sánchez flew to Majorca on Wednesday to visit the disaster area, which has gained some measure of fame because it was used as the location for “Love Island,” a British reality television program.

“The important thing is to offer certainty that the government will use all the necessary resources to ensure those affected can return to their daily lives,” Mr. Sánchez said during his visit to the island.

The leader of Spain’s main opposition conservative party, Pablo Casado, also flew to the island on Wednesday to offer his support and condolences.

More rain was forecast for Majorca and the rest of the Balearic archipelago on Wednesday, as well as for other parts of Spain, and the southern coast of the mainland, around the province of Málaga, was put on a red alert by Spain’s official weather agency because of the expected downpour.

Majorca is one of Spain’s main tourism destinations, to the point that this year Palma became the first city in Spain to introduce a ban on short-term apartment rentals through Airbnb and other home-sharing websites to help free up more accommodation for local residents.

Palma was largely spared damage on Tuesday by the deluge, which was mostly focused on the northeastern part of the island. Although the area is less visited than other parts of Majorca, it has a strong rural tourism sector.

Officials told local news media that three people had been injured and about 200 people had to evacuate their houses because of the flooding in Sant Llorenç des Cardassar that was caused by two hours of intense rain. Many residents spent the night in a nearby sports center. New York Times