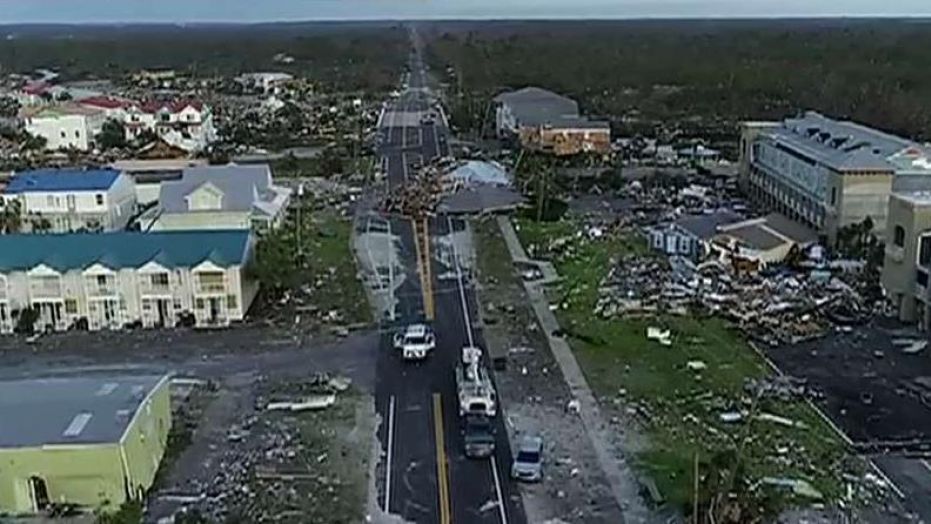 No fewer than one million people remained in darkness Friday morning after Hurricane Michael left a trail of destruction that claimed at least six lives, flattened entire towns and “shattered” electrical grids.

The scenes were familiar across communities in Florida and Georgia as trees were uprooted and cracked like toothpicks, buildings with roofs peeled off and homes flattened into an unrecognizable landscape.

Mexico Beach, Florida, looked as if a bomb had gone off as residents emerged to tally their losses.

Thirty miles up the coast in Panama City, blocks of beachfront homes were obliterated and debris lay strewn aside overturned vehicles.

“We’ll have to bulldoze and start over,” Linda Marquardt of Mexico Beach, said of her mud-filled home.

“It looks like an atomic bomb had hit our city,” David Barnes, of Panama City, told the Panama City News Herald. “Damage has been widespread.”

Former President Barack Obama, in a tweet, asked Americans to help rebuild. “America is always at our best when we look out for each other,” he wrote.

There were at least six confirmed fatalities, including a Florida man killed by a tree that crashed through his roof, a North Carolina man also struck by a fallen tree, and an 11-year-old Georgia girl who died when a carport rammed the family’s modular home.