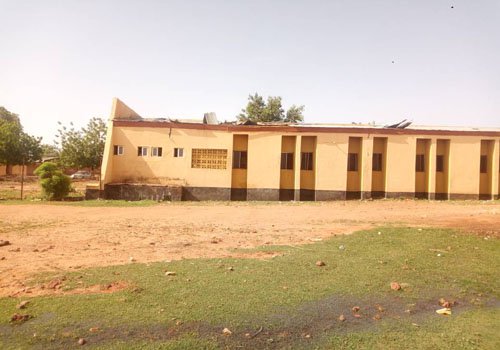 Several properties have been destroyed at the Usmanu Danfodiyo University, Sokoto (UDUS), following a rainstorm that also damaged properties in Sokoto town. Worst hit are the school’s male and female hostels whose roofs were blown off by the wind.

There was chaos on the campus, as students ran in different direction to escape being hit by flying materials. The rainstorm, which lasted for more than an hour, affected Jubril Aminu Hostel (G Block), Fatima Balarabe Musa Hall, Zamfara Hall and Nana Asmau Block.

Top management staff of the school, led by the Deputy Vice-Chancellor (DVC), Prof A.G. Yahaya and the Dean of Students’ Affairs, Prof Aminu Mode, sympathised with affected students during their inspection of the damaged facilities. While addressing students, Prof Yahaya assured them that the damaged facilities would be fixed without delay.

He said: “I am standing in for the Vice-Chancellor. Unfortunately, the VC is out of the town. We were in a meeting when the news reached us that there is this problem in the hostels. We got here to see that the roofs of your hostels have been blown off by the rainstorm. We have come to sympathise with you and inspect the damage. By the grace of God, we are going to fix everything within the shortest time.”

The DVC urged the students to be patient and show understanding, adding: “We expect you to exercise more patience and maturity while we make efforts to fix the damage.”