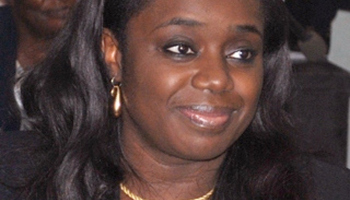 While briefing state house correspondents on Wednesday, Kemi Adeosun, the minister of finance, said the amendments will reduce the tax burden on Nigeria and boost ease of doing business.

She said the approval is based on a report by the national tax policy implementation committee on tax laws reform.

Adeosun said the new tax policies would remove obsolete, ambiguous and contradictory provisions in the laws, increase government revenue and simplify the process of paying taxes and doing business.

“Majority of the provisions approved today [Wednesday] are actually removing the tax burden and clarifying obsolete and ambiguous areas of tax. So for example for VAT there is to be an exemption for residential property, leases on rental, transport for the general public and life insurance,” she said.

“These are areas that previously were VAT-able and what was approved today was that these areas should be removed, then, they shouldn’t be subject to VAT.

“In the short term, of course, that means a revenue loss for the government. But we think in the long run that is the right thing to do is improving ease of doing business and reducing the tax burden on our people which is really one of the objectives of this government.”

She disclosed that the government was proposing an amendment to the company income tax aimed at reducing the Right of Tax on micro, small and medium enterprises (SME) from 20% to 15%.

Adeosun said the council approved N1.6billion for the procurement of 68 anti-smuggling vehicles for the Nigeria Customs Service.

“The operational vehicles currently available for the NCS is grossly inadequate for effective anti-smuggling activities.

“The need to effectively patrol the borders of the country, enhance Customs’ bid to suppress smuggling and increase revenue collection gave rise to the request to purchase 68 operational vehicles.”