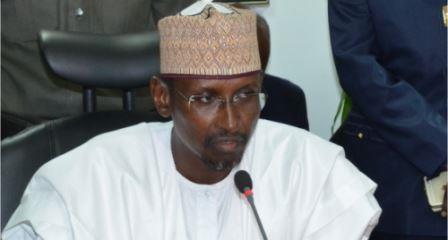 The Federal Capital Territory Administration (FCTA) and the Niger State government have agreed to suspend all developments including land allocation around Dakwa which is in-between the FCT and Niger State pending the resolution of the dispute over where the area belongs.

The resolution was reached at a recent meeting held in Abuja between the Niger State Governor Abubakar Sani Bello and the Minister of the FCT, Muhammad Musa Bello.

The meeting was necessitated by looming tension over the marking of properties for demolition on both sides of the disputed area.

There has been an age-long dispute over whether Dakwa, a burgeoning town in Dei-dei, near Abuja belongs to Tafa Local Government Area of Niger State or Bwari Area Council in the FCT as all parties have continued to lay claims to plots of land in the area.

It was resolved at the meeting that parties maintain status quo until a committee which would be made up of top officials of both the FCTA and Niger State as well as the National Boundary Commission(NBC) — the agency statutorily mandated to handle boundary issues, find an amicable solution to the impasse.

Following ongoing discussions, FCTA has warned developers in the nation’s capital to stop all forms of developments, especially along the disputed area in Dakwa.

The Coordinator, Abuja Metropolitan Management Council (AMMC), Umar Shuiabu, while speaking on behalf of the FCTA handed the warning when he visited major stakeholders in Dakwa community.

Speaking to the traditional ruler of Dakwa under Niger State, Zakari Garba Jagaba and Sarkin Dakwa under Abuja Alhassan Musa Baba Chikuri at their separate palaces, the coordinator appealed to the traditional rulers and developers in the two places to stop any further developments around the disputed area pending the resolution of the matter by NBC.

According to Shuaibu, the two governments would enforce the temporary ban on further developments in Dakwa in order to allow the federal government to conclude its work on schedule.

Zakari Garba Jagaba while responding to the AMMC Coordinator in his palace, located at the Niger State side of Dakwa, pledged support to the government to reach a lasting solution to the boundary dispute, adding that he and his chiefdom were ready to belong to either Niger State or the FCT, depending on the resolution reached by the boundary commission.

Speaking in Hausa language, Jagaba said: “if it is FCT that the government resolves that we belong to, we will abide by it, and if it is Niger State, we will still follow. We will support the government to find a lasting solution to the problem.”

The Sarkin Dakwa, Alhassan Musa Baba Chikuri, who addressed the visitors in his palace on the FCT half of the town, expressed willingness to continue to belong to the FCT, saying, “We know where we belong, we are in the FCT. The FCT Administration is the one taking responsibility over our welfare and every other thing in Dakwa. The FCTA are the ones that give us water, build primary and secondary schools and road, as well as other basic infrastructure for us.”

According to the traditional rulers, the boundary crisis which started about 10 years ago, was the handiwork of estate agents who told buyers that Dakwa was in Niger State.

He said the agents told unsuspecting buyers such falsehood so as to facilitate their sales and also help them evade payment of development fees required before commencement of developments in the FCT, fees which are not necessary requirements for same purpose in Niger State.

Meanwhile, the Niger State government has said it is determined to ensure a peaceful resolution of the lingering dispute between the people of Dakwa in Tafa Local Government of the state and Bwari Area Council in the FCT.

Governor Abubakar Sani Bello while responding to enquiry said through his spokesman Mr. Jide Orintunsin that he had taken further steps on the peace process by directing the immediate stoppage of land allocation in the disputed area.

He promised that the state would honour the proposal during the interface with the minister by ensuring that the Secretary to the State Government (SSG), Ibrahim Isah Ladan leads the state official on the boundary committee that would look into the matter.

He said he went to Abuja to see the FCT minister because he wants a peaceful resolution of the matter following tension over the marking of houses on both sides.

The Tafa LG chairman, Alhaji Ado Abubakar, who was on the entourage of the governor to the Abuja meeting has been prevailing on the people to be calm, even though the chairman said the disputed area belongs to the state.

The coordinator quoted the chairman as saying that Tafa Local Government had put up basic infrastructure like a school in the area, adding that it was on the verge of building a police station when the crisis soared.

He said the chairman said that the disputed area had been under Suleja Local Government Area before it was ceded to Tafa following the creation of the council. Daily Trust