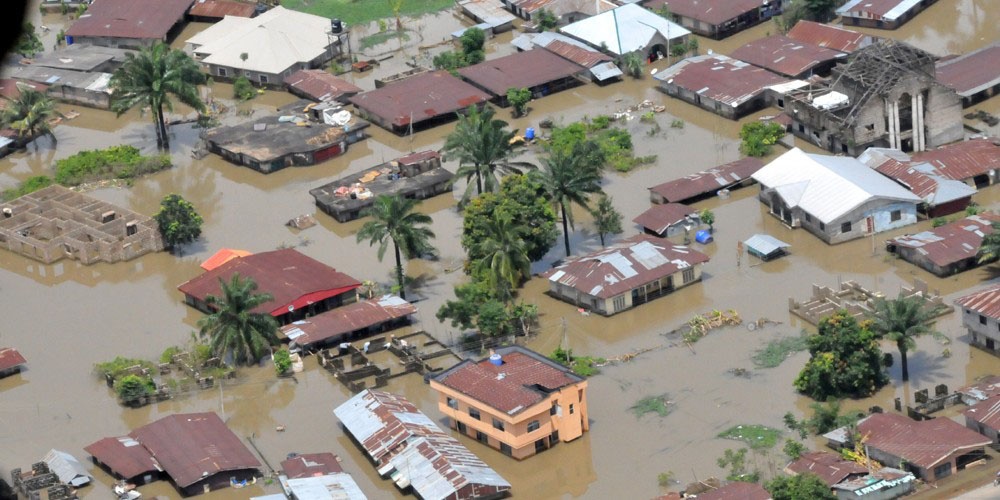 The Federal Capital Territory Administration (FCTA) has called on residents to be on guard as the rainy season enters its peak in the coming months. It also reiterated its constant call on residents to avoid illegal developments as well as dumping of refuse on water rights-of-way.

The Minister of the Federal Capital Territory, Muhammad Musa made this appeal when he visited the people of Karshi, a sattelite town in FCT over the recent flood disaster that occurred in their community Saturday night. He also conveyed his condolences to the families of the two from neighbouring Kokosu Community of Nasarawa State who were confirmed dead in the flood.

The Permanent Secretary, Chinyeaka Ohaa, currently acting for minister, also used the occasion to ascertain the extent of damage caused by the flood. This, according to him, was with a view to stemming future occurrences of the incident. “I have directed that our team of engineers be dispatched to study the situation with a view to stemming future occurrence. “From all indications, this is a natural disaster. I am happy that our team is on ground for the search and rescue operations,” he stated.

Also speaking to newsmen, the Chief of Karshi, Ismaila Mohammed dispelled insinuations that the incident was caused by a burst dam, saying “the dam is still intact and still under construction. “I thank the FCT Minister for his quick response in dispatching the FEMA team who have worked with local inhabitants since last night, to retrieve the bodies of the victims.” According to the chief, “This kind of flood has never been witnessed in this community. “Weather has been very erratic. We, in the community would embark on measures to ensure that the roads are safe during heavy rains until a permanent solution is found.” Ambrose Umelelle (26) and Esther Aka (20), residents of the neighbouring Kokosu Community of neighbouring Nasarawa State lost their lives in the incident. These two were among the four whose vehicle was carried away by the flood. One of the passengers was however lucky as he jumped out of the vehicle thus saving his life. The remaining passenger is still been searched for by the Search and Rescue team of the FCT Emergency Management Agency (FEMA). Briefing the minister on the incident, the Acting Deputy Director, Forecasting, Response and Mitigation, Florence Wenegieme (Mrs) indicated that upon receiving the information, the agency immediately arrived the scene. They recovered the bodies of the two dead Sunday morning, as well as the Toyota Siena, Space-wagon in which they were travelling. Mrs. Wenegieme also reported that the river bisecting the community and neighbouring Nasarawa State had risen above its banks on account of massive rains and consequent flood from the neighbouring hills overwhelming the box culverts and overflowing the roads. Many of the road users had been forced to wait on the banks when the driver of the car wanted to try his luck.