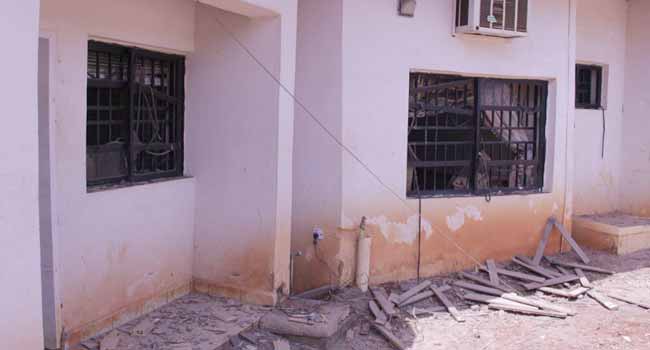 Window panes were shattered by the blast

Unknown hoodlums on Sunday attacked the residence of the President of Ohanaeze Ndigbo, John Nwodo.

Ebere Amaraizu, spokesman of the state police command who confirmed the incident said that the explosives were thrown inside the residence through the gate.

Reports have it that the explosion shattered some window panes and roof of a part of the house located at Ukehe town in Nsukka‎, Enugu state.

Speaking to newsmen, Ebere Amaraizu said that efforts were made ensure that those behind the act were caught.

His words, “Yes, there was explosion of a minor category. What we are trying to do here is to find out how it occurred.

“Indications from our preliminary inquiry show it was not planted because the place is fortified.

“Maybe the person threw in the object from the gate”. The vanguard