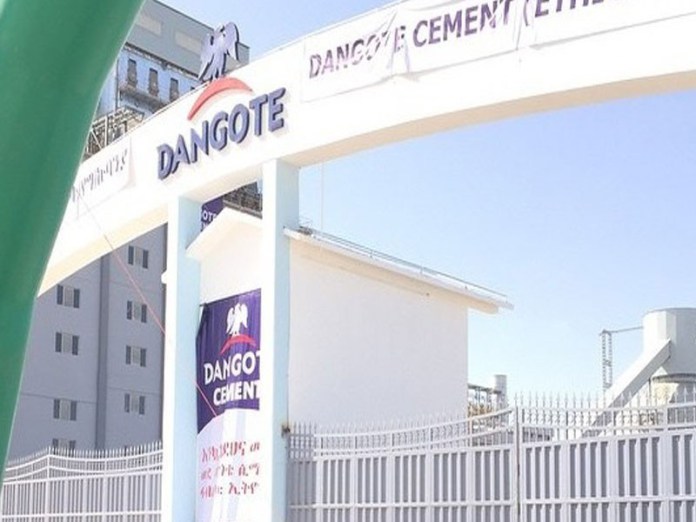 As Dangote Cement Plc revives plans to list its shares on the London Stock Exchange (LSE), the firm has appointed former Xstrata Plc Chief Executive Officer, Mick Davis, as a non-executive director alongside Cherie Blair, a lawyer and the wife of ex-U.K. Prime Minister Tony Blair.

The new board appointments are targeted at strengthening the company’s board, reported Bloomberg Tuesday.

Owned by Africa’s richest man, Aliko Dangote, Nigeria’s largest company by market capitalisation also named Joseph Makoju as its substantive CEO after a four-month stint in an acting capacity, according to two emailed statements sent by the company on Monday.

While Africa’s continent’s biggest cement producer did not give a reason for the high-profile non-executive director appointments, people familiar with the matter said in February that Lagos-based Dangote cement has revived plans for the sale of its shares in London.

Discussions are ongoing and a listing may or may not go ahead, they said.

The appointment of Cherie Blair “is a way of improving the quality of the members on the board, which is positive for the planned London listing,” Olalekan Olabode, an equity analyst at Vetiva Capital Management, said by phone from Lagos.

Confirmation of Makoju’s position “points to a good direction for succession planning and corporate governance”.

He is now the chairman of Macsteel and the CEO of the U.K.’s ruling Conservative party. Blair’s other board positions include Renault SA.

When contacted Tuesday, Dangote confirmed that his cement firm was considering the London listing, but dismissed reports that it was seeking to raise $1 billion from the public offer.

“It is something we are considering but we have not decided on how much will be raised from the listing if we do go ahead,” he said to THISDAY from Germany.

It is planning to spend $350 million on capital projects this year, including the building of export facilities at Nigeria’s seaports to boost shipments to neighbouring West African countries.

The company, which has operations in 16 African countries and has more than $2 billion in annual sales, said Tuesday that revenue for the first quarter through March rose 16 percent to N242 billion while profit increased by 29 percent.

According to Bloomberg, Dangote Cement has already approached investment bankers to discuss a potential U.K. listing.

Once banks have been appointed, it will probably take at least five months to complete the process.

The cement maker is also considering issuing a debut Eurobond issue, according to two different people familiar with the matter.

If the Eurobond issue succeeds, the company may shelve the London listing altogether, said the sources.

Fresh capital would enable Dangote Cement to fund expansion plans in sub-Saharan Africa and broaden its base of investors.

It sees London as a more favourable place to raise money than in its home base of Lagos, Nigeria’s commercial capital, where no company has raised more in an initial public offering than Starcomms Plc’s $796 million in 2008.

Dangote Cement has a free float in Lagos of 14.9 percent and a market valuation of $12.3 billion.

The company considered a listing in London in 2010. At the time, Goldman Sachs Group Inc., JPMorgan Chase & Co., and Morgan Stanley helped it to prepare a sale that could have raised as much as $5 billion before the move was abandoned.

The revival of the plan comes as Dangote Cement’s shares climb to near records as the Nigerian economy recovers from a downturn caused by the 2014 slump in oil prices.

The economy of Africa’s most populous nation went into recession in 2016 as government revenue plunged.

Aliko Dangote has a net worth of $13.5 billion, according to the Bloomberg Billionaires Index.

His Dangote Industries Ltd., conglomerate has interests in sugar, flour and packaged food as well as controlling the cement company.

The 61-year-old has repeatedly expressed a desire to bid for London’s Arsenal Football Club and is building a 650,000 barrel-a-day oil refinery near Lagos, which will cost more than $10 billion.