Interview: I dare FMBN to publish names of its loan defaulters — Developer 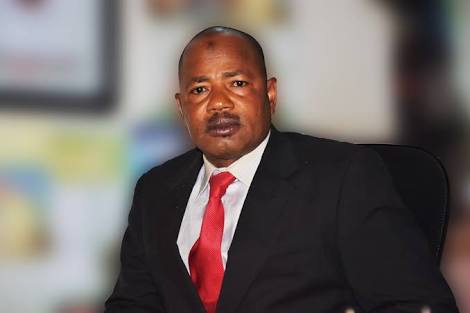 Dr Aliyu Wammako who is Deputy National President of Real Estate Developers Association of Nigeria and Chairman of Jedo Investments Limited is being celebrated for being among the very fewdeveloperswho have exited the Federal Mortgage Bank of Nigeria (FMBN) loan. In this interview with Viewpoint Housing News, the blunt Wammako reveals how FMBNdeliberatelygives irrecoverable loans and why the APC government’s housing policy is a fiasco even with the party’s million houses per year promise. Read him below:

Viewpoint: One of the problems the Federal Mortgage Bank of Nigeria faces is default in payment of loans given to estate development companies. Why is it difficult for developers to pay what the bank gives them?

Wammako:I would like to state categorically that this isn’t true. There’re categories of loans. The loans given to developers are EDLs [Estate Development Loans]. There’re political loans which were given by the Federal Mortgage Bank. These are politicians, they apply, using their Long Legs [underhand means], maybe they know somebody in the presidency or they know somebody in the ministry of finance and they were able to secure loan facility from the Federal Mortgage Bank.

And the facility wasn’t intended to deliver any houses and these people aren’t members of REDAN. They’re just politicians! But when they say loans, they say EDLs. EDLs should only be given to estate developers.

All these loans that are bad debts were political loans. They weren’t EDLs given to developers. Our developers have served and they delivered!

Viewpoint: But REDAN had enunciated its position long ago that if one isn’t a member of REDAN, they shouldn’t be given estate development loan.

Viewpoint: Can you vouch for REDAN that no member has defaulted?

The only thing is that he has defaulted in the aspect of location. Not the case of the money missing. But these people who have nothing at heart, they’re politicians, they collected this money to share.

Viewpoint: Are politicians still collecting these loans under this government?

Wammako:Of course, yes! There are criteria that you’re supposed to meet before you’re given mortgage loans. If you go to the Federal Mortgage Bank, ask them, who and who have they given this loan? Why haven’t they published names of those people who defaulted? Ask them!

Viewpoint: REDAN recently celebrated you as one of those that have exited the Federal Mortgage Bank loan. How did you achieve this?

Wammako:It’s very simple. First and famous, you must have fear of God in whatever you’re doing. Second, you must be truthful. There must be honesty, integrity. Because you’re given a facility at the instance of your integrity.

Viewpoint: That’s on the moral side. What practical steps did you take towards ensuring that you judiciously used the loan?

This loan was given to me in tranches. They gave me this facility for over a period of one year. The more I moved forward, the more the facility came. I was able to finish the houses in good time. I was to deliver these housesin 24 months. Under 18 months, I gave them their houses. That was December 2012. They gave me the loan in March, 2011.

Viewpoint: Can many more developers do what you have done?

Wammako:Yes. So many developers are going the way we do because now is a new dawn in REDAN. We’ve changed the psyche of people. We’re giving a purposeful leadership – leadership of honesty, integrity. We don’t want a situation where they say a REDAN member has defaulted. It troubles us.

The common goal is for us to have affordable houses for the teeming population of Nigerians who’re mortgageable. We have come together and streamlined to make sure that everybody is doing his own job.

Viewpoint: Is there any way REDAN can push this so that politicians don’t come take what isn’t theirs? Can you for instance, initiate a legislation process?

Wammako:We’re going to write. It will be difficult for the public to understand who is a REDAN member and who’s a politician. We’re going to make sure now, the new EDL we’re talking about isn’t issued to politicians with our receipt. And we’ll make this known to the Federal Mortgage Bank as well.

We’re ready to work with this government. So many good things about housing – one million housing units – that’s the promise of APC and we hope APC will set a record.

Viewpoint: How do you deal with members who default?

Wammako:We sanction. We write to the bank to indicate that this is no longer a credit worthy person.

Viewpoint: The APC promised one million housing units annually. This is its third year in power. Would you say this is a promise kept?

Wammako:The APC government defaulted in this direction because it didn’t carry us along. We’re the developers. Age and experience are wisdom. If you decide to ignore the experience you’ve got over time, you just pick people from the street and expect them to deliver these houses – up till now, not even 500,000 houses are delivered in Nigeria.

If they had included the estate developers, we would have given the government our own take of what it takes to produce these houses. There’s fund scarcity but there’re so many ways to deliver these houses without relying on the funds of the federal government.

We’re private investors and we have been investing, providing these houses to the teeming population of Nigerians. Myself alone, I’ve been able to provide 1,000 housing units to Nigerians from 2012 to date.

Viewpoint: Is it late now?

Wammako:It’s not late! We’re ready to work with Babatunde Fashola if he’s really interested in us to come in and make sure this housing policy is put on the right course. We’re already producing these houses at our own expenses so what more if government says it’s coming to do that?

Wammako:No. These are contractors. They’re not REDAN members.

Viewpoint: Has Fashola not opened doors to REDAN?

Wammako:We hope the Honourable Minister will see the light and bring us in. This will ease his work. We’ll give him all the backing.

Wammako:We partner with the Federal Mortgage Bank of Nigeria, SFAN, Cooperative Technicians, Mortgage Bankers Association of Nigeria. Jedo Investments is trying to partner so that we deliver a cooperative village.

We have 74 hectares of land in Ushafa by Lower Usman Dam [Abuja]. We’ve already got all the building approvals from the appropriate authorities, all the documentation is completed. We’re now talking with the Federal Mortgage Bank. They’ve given us up-takers guarantee – they’re willing to pay for each up-taker that partakes.

We’re also talking with Mortgage Bankers Association who also promised to give us two mortgage institutions to do the facility. Now, we’re at the doorsteps of SFAN, waiting for them to give us the qualified up-takers. Very soon, the project will be launched.