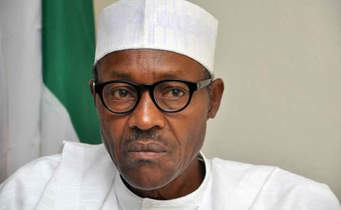 As the tax amnesty under the Voluntary Assets and Income Declaration Scheme (VAIDs) ends on Saturday, some private sector players are said to be lobbying President Muhammadu Buhari to extend the amnesty period.

An official at the Presidency, who craved for anonymity, told the News Agency of Nigeria (NAN) on Friday that governors and company owners had called the President and Vice President to push for the extension of the programme.

“We are expecting Mr President to make an announcement on the tax amnesty deadline by this weekend.

“To be frank and honest, nobody knows whether the President will decide to extend it or not, but there has been calls by state governors and key private sector players calling for the extension.

“However, it still remains unclear if the President will take the recommendation to extend it by another three months, since he had been advised otherwise by the Minister of Finance and Federal Inland Revenue Service (FIRS) chairman,” the source said.

However, the Minister of Finance, Mrs. Kemi Adeosun ruled out the extension of the deadline of the tax amnesty programme for property owners in highbrow areas in Abuja, Lagos, Kano and Port Harcourt and other high net worth individuals and companies with tax underpayments.

The minister who made the disclosure recently in an television programme, said sufficient period had been given to tax payers to voluntary and truthfully declare their assets which they had not previously declared.

She acknowledged: “The data mining efforts of government through our ministry has identified a new batch of over 130,000 high net worth individuals and companies that have potential tax underpayments.”

With the April 1st deadline in mind, it was learnt that the data mining agency has made considerable progress in making available records and data of property owners across the country to the ministry.

Adamawa state Commissioner for Finance Mahmoud Yunusa has said many states are in support of extending the tax amnesty past the March 31 deadline.

“It should be extended because people are just beginning to buy into the programme. We see people coming up willingly to declare their assets and it shouldn’t end soon.

“Nigerians deserve more time and I believe that some of them are still collating their assets to know their worth before doing so.

“Also, some haven’t declared because they operate businesses without any formal documentation so it will take time before they get their books in order.

“So it’s my opinion that extending it for another six months would ensure better success,’’ he said.

Yunusa lauded the programme, saying that in Adamawa State, it had helped the state to improve its Internally Generated Revenue (IGR) by more than 200 percent despite still recovering from insurgency and recession.

Also, Mr Tunde Dare, an economist, held the view that the VAIDs programme should be extended.

“Even though I think the programme should be extended, I think the government went about this business of tax amnesty the wrong way.

“I think the scheme should be aimed at capturing more people into the scheme without asking them to pay backlog of taxes,’’ he said.

On Thursday, which was the last working day before the expiration of the programme, many accountants and lawyers stormed the offices of the FIRS to submit applications of their clients.

Many tax defaulters who had thought that the amnesty programme would be extended, were making last minute efforts to key into the scheme.

The VAIDs programme was launched on July 1, 2017 and was expected to last for nine months.

The government threatened to prosecute tax evaders that do not take advantage of the scheme thereby risking imprisonment of up to five years.

According to the Minister of Finance, Mrs Kemi Adeosun, the Federal Government had the political will as well as the means to gather evidence that will enable it to prosecute tax evaders.

She once said that using Project Lighthouse, a data mining agency, the government had been gathering information from different sources to enable it to identify and properly prosecute tax evaders after the expiration of the deadline.

She said information had so far been gathered from Bank Verification Number records, engagement with foreign private investigation firms on a retainership to trace assets of Nigerians abroad.

Government further plans to beam its searchlights on people that over the years have received major payments from it or foreign exchange allocation and also people with private jets.

Also, the Federal Government has agreements with many foreign governments like the United Arab Emirates and United Kingdom to get records of Nigerians with property there.

Interview: I dare FMBN to publish names of its loan defaulters -- Developer

Interview: I dare FMBN to publish names of its loan defaulters -- Developer