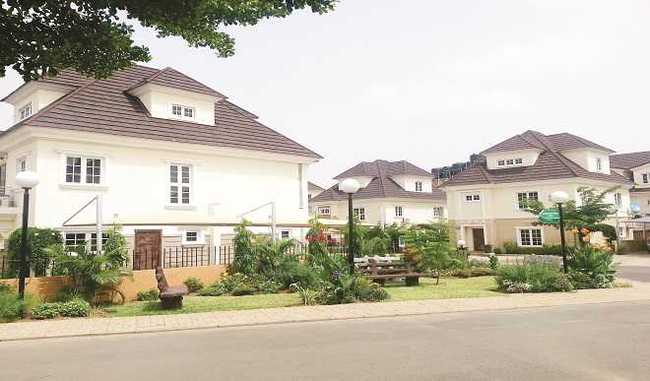 Nubi who spoke at a two-day workshop for estate developers tagged REDAN 2018 Building Expo in Abujaon Tuesdaysaid, “This is wrong statistics to frighten the nation.”

He noted that many Nigerians call this figure without referring to its source.

By his estimation, if Nigeria has a 17-million housing deficit, it means by the country’s population, 85 million Nigerians would be homeless.

He arrived at this by conservatively taking the average Nigerian family as five – three children and two parents and multiplying it (five) by 17 million.

Stressing that 17 million housing deficit is not supported by verifiable data, the professor called for proper collation of data and research.

Nubi emphasised the need for collaboration between public and private real estate stakeholders, saying that construction is not only for new projects but also for uncompleted houses even as loans can be sourced for renewal of old structures.

The Minister of State II, Federal Ministry of Power, Works and Housing, Suleiman Hassan who declared the expo open maintained that government is not oblivious of its responsibility to Nigerians.

He identified shortage of finance as key problem and called for foreign investors in housing.

According to him, this is a collaborative effort that works toward collating real estate data across spectrum of the country.

“The data that will emerge from this exercise will enable appropriate planning/forecasting to take and justification for some of the envisaged intervention by government and other agencies in the crucial sector will be elicited,” he explained.

Chime lamented that unarticulated individualistic efforts have hindered development in the sector.

He said, “Housing deficit has been increasing annually without concerted effort to abate the trend.

“The challenge to reduce the housing deficit in Nigeria and use it as a formidable tool for employment generation and inclusive economic growth can only be attained when housing stakeholders work together sincerely.”

Chime said, “Unfortunately, our focus has been on making land and finance available as the only solution to affordable housing.

“Yet the key and foremost challenge is a collective understanding of stakeholders in the value chain; their roles, responsibilities and expectations; capacity, skillset and competency enhancement; and consolidated modulation of the processes, expectations and interfaces to ensure harmonised and enhanced turnover and mutual benefit for all.”

The expo with the theme Enhancing Real Estate Development through Collaborative Effort and Capacity Building was designed to bring to the fore the need for housing stakeholders to work together.

It is the second so far held by REDAN. The maiden one took place in 2016.

Producers of building materials and mortgage institutions exhibited their products.